I’ve been putting off this post for awhile. I just wasn’t sure how to write it…

In this strange new world we’re living in, how personal do I want to get? How open do I want to be? A little over a year ago I made a post about my first surgery – but since then a year has passed, and I’ve had the second (and last) major surgery – and while I’m still recovering, most of the worst is in the rear view mirror! So I felt like I should update my blog. I should write about it. But I wasn’t sure how? The words just didn’t seem to come, so I put it off…

Then a couple of days ago as I posted a less-than-attractive photo of myself on Facebook, I felt like I should explain why I would post a picture like that – and suddenly the words came! They just sort of tumbled out, and I didn’t edit, or rethink – I just hit Post!

My thinking at the time was that three or four people might read it, and it would make my Mom cry, and that would be the end of that! And within seconds of posting it, my Mom happened to be online and commented that it made her cry. How well do I know my Mom? But then other people started to Like it and comment – and three days later 107 people have Liked it, and 54 people have left a comment. If you’ve ever felt vulnerable and wondered if you were being a little too open, to get an outpouring of love like that? It was overwhelming and very very very cool! 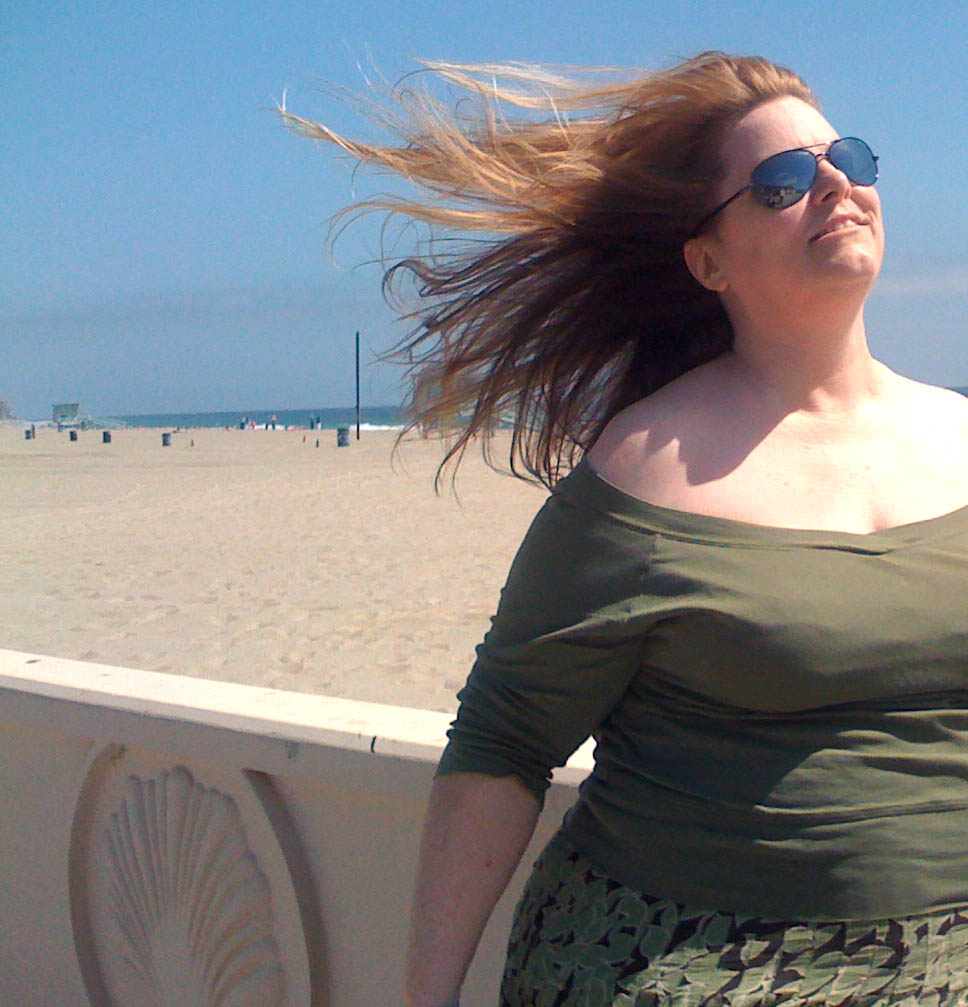 I don’t normally post unattractive photos of myself on Facebook – and thankfully I have kind friends, who refrain as well! But I’m making an exception just this once…My Mom and I were at Zuma Beach – pre-wedding celebration thing, that we just barely missed, but hey we tried! And so she shot a few frames of me and then I shot a few frames of her – and none of them turned out – except for this one throwaway shot, that she accidentally clicked, while trying to figure out how to use my iPhone camera.

So why am I posting it? Because I’ve lost at least 75% of my hair since I got sick, and I’m still recovering from surgery, and I have never felt less attractive in my life. But this photo? My hair is flying like mad, and who cares if there’s less of it. And I have my face turned up to the sun that I love so much. And the sky is a bright blue – and I’m alive!

I am alive. This thing did not kill me. It didn’t even permanently impact my life. I am getting stronger all the time, and I’ll be back hotter than ever soon. I know that. I get to appreciate the sun and the wind and the stars and the sand and everything beautiful in the world – and in life.

I am just about as grateful, as it’s possible to be – and I think you can see that in this photo. THAT’s why I’m posting it!

So how open do I want to be? Turns out, pretty darn open!

Science and Health, and Art…

What am I magnetically attracted to?

Gratitude and an Instagram-Perfect Life