There’s a little one-room schoolhouse in De Luz – the only other existing one-room schoolhouse that I know of in this area, is in Anza, and it’s the school my great-grandma attended. She was born in 1904, lived to be 100-years-old, and rode a donkey five miles to get to school. But this post isn’t about her, it’s about the schoolhouse in De Luz – which is situated in the prettiest oak grove. It’s peaceful and quiet, the ground is fertile and rich, and the oak trees are the tallest I’ve ever seen. It’s paradise.

De Luz Elementary was built in 1927 and one teacher taught all eight grades. In 1968 the school was closed, and since then the building has been used as De Luz Ecology Center. 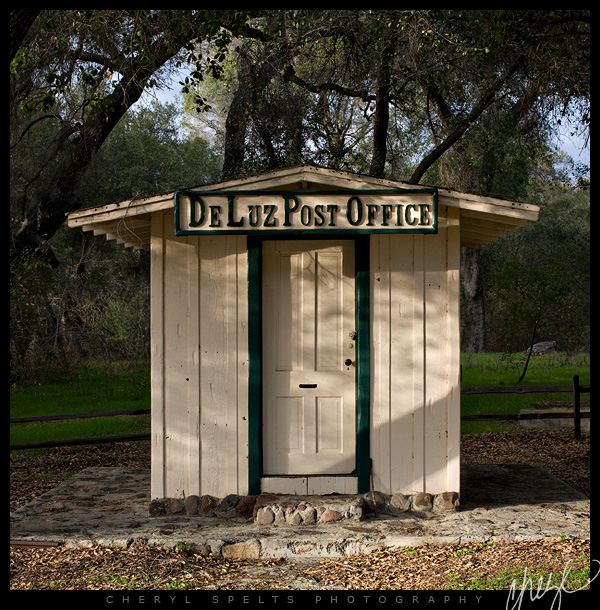 The tiny post office may look like someone’s idea of a little joke, but there really are mailboxes in the side of the building.

I’ve shot in the area many times, but today was different. It was a gray cloudy day, and the light was flat except for a few brief moments when the sun broke through. But flat, subdued light can be be quite beautiful if you have the right subject matter. So this time I didn’t shoot the big soaring trees, or try for majestic landscapes – instead I mostly went after the subtle details that usually get lost in stronger light. And I found some wickedly beautiful details…

Leaves on an oak tree. 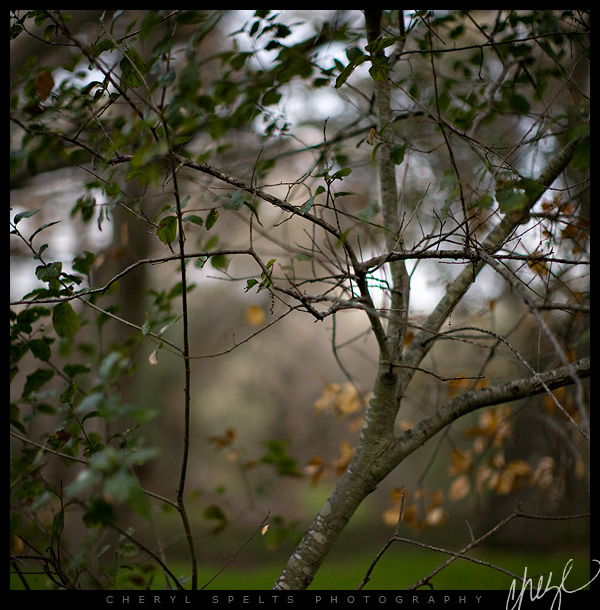 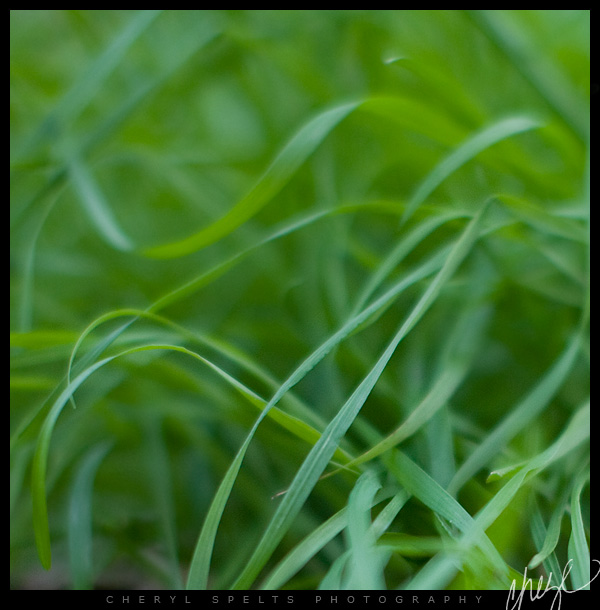 Have you ever seen grass this pretty? 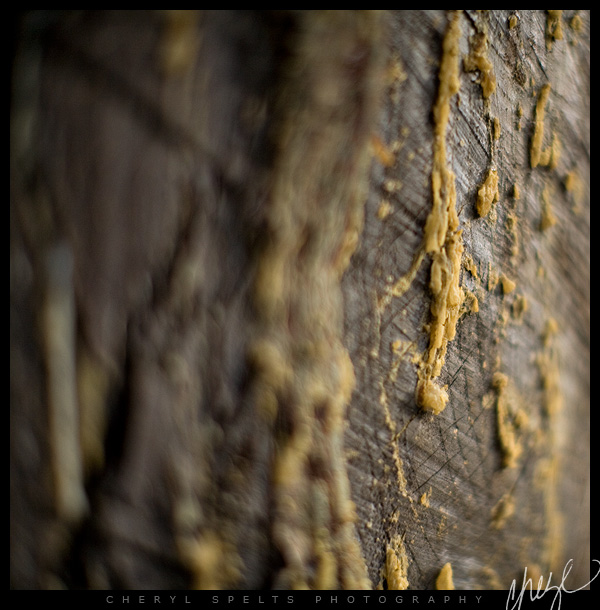 Where they’ve cut off a limb, the tree oozes sap. 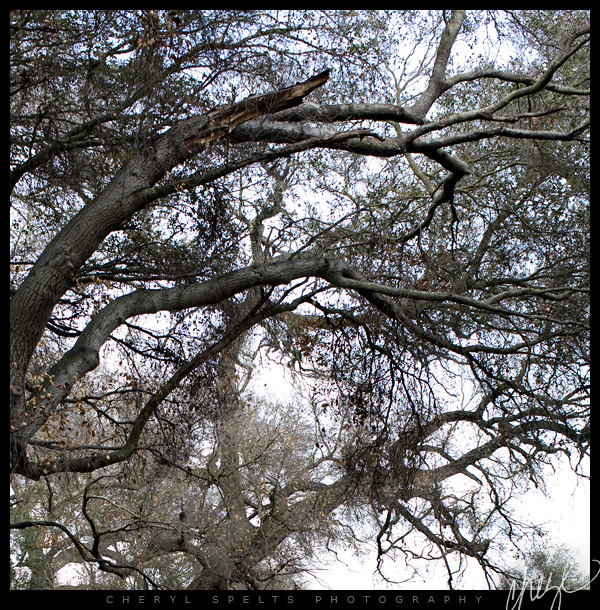 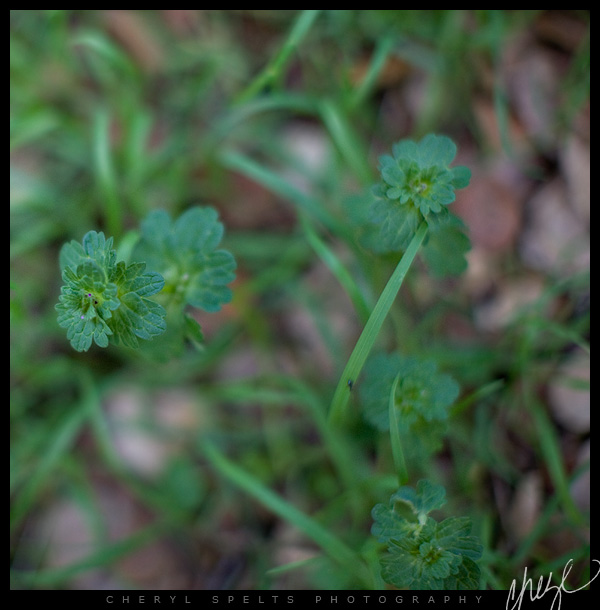 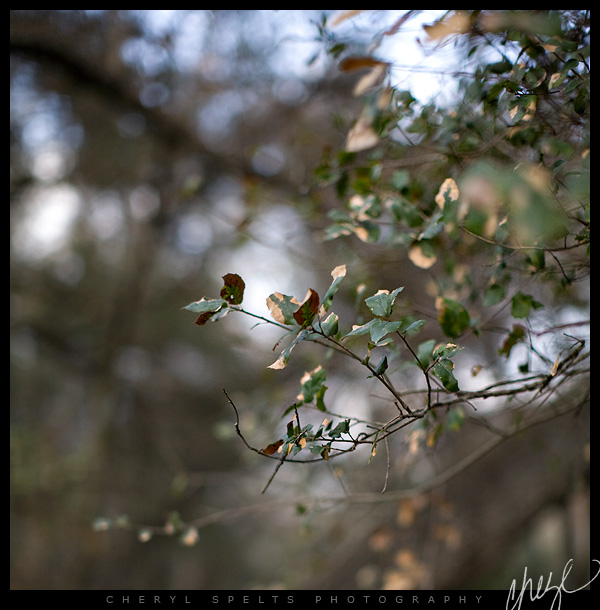 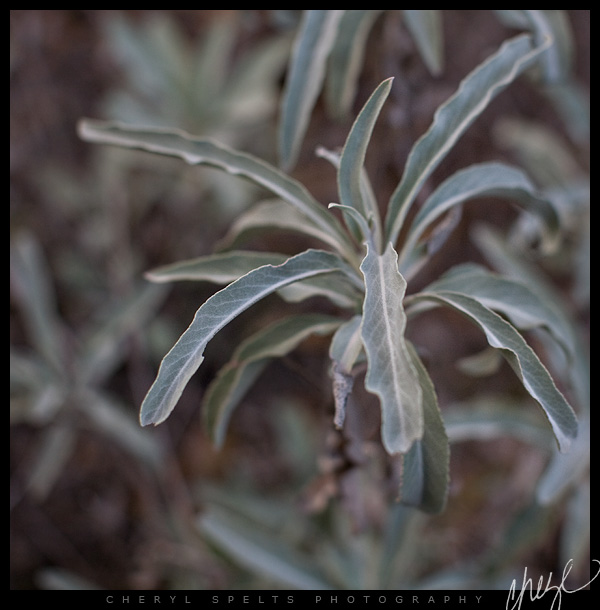 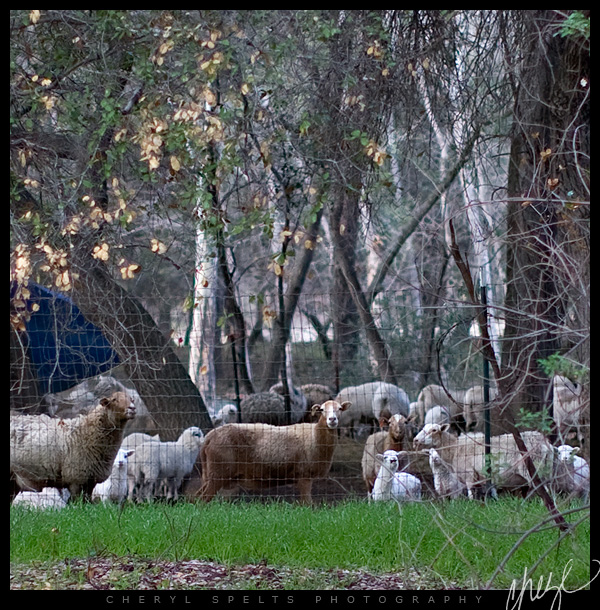 These sheep are very lucky – they live in paradise, have plenty of room to roam, and look healthy and happy.

I was the only human in the area, so I thought they were all watching me, but shortly after I shot this image I saw some coyote footprints, and it occurred to me that this was the kind of day when wildlife is more active – and it’s the exact kind of day I’ve seen bobcats and mountain lions in the past, and here I was all by myself, with no other humans around, and I was concentrating on blades of grass and leaves? I’m usually smarter than that… So I decided to call it a day, and got back to my car, and then watched as a nice-looking healthy coyote trotted across the street. I am not afraid of one lone coyote, but a mountain lion is a different matter. 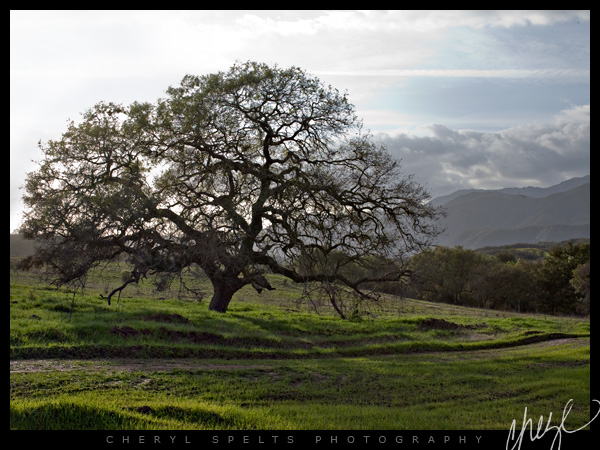 And finally I shot this image on the way out to De Luz. I shot the same tree in December on a pretty sunny day, and the difference today, just two months later was striking. Where the hill was brown before, today it was green. Where the sky was bright blue in December, today it was gray. Very, very different day, and very different image – but still a really beautiful and striking tree. 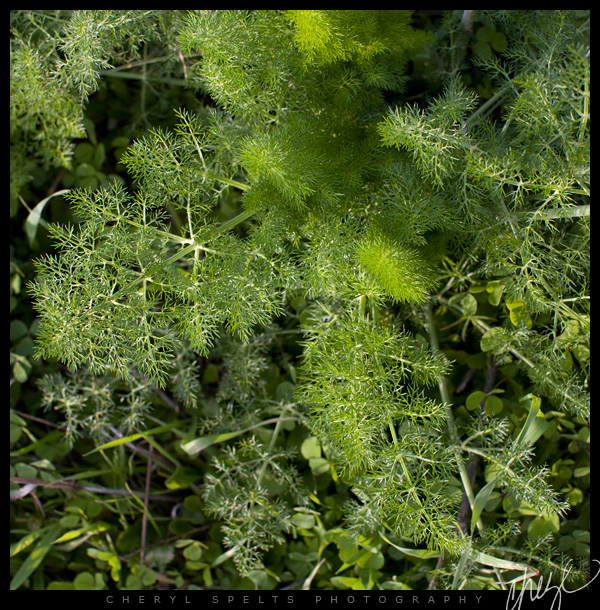 And the freshest little weed…

For more on the De Luz Schoolhouse, go to:
http://www.fallbrook.org/history/de-luz-school.asp

The Road to De Luz