If I could give new, or even not-so-new artists, one piece of advice, it would be that you’ve got to have a totally unique name.

If you want to blend in, and not stick out, and not be found, then a name that is fairly common and shared among multiple people is fine. And many many people fit that scenario – I know that! But if you’re an artist, and you want a career, then doesn’t it make sense to make yourself easy to find? When someone Googles you, don’t you want them to find YOU – and NOT the guy a few towns over who shares your same name? And don’t you want your domain name to be the same as your name? Isn’t that easier, simpler, and more elegant? Somehow, RobertSmithArt.com or RobertSmithPhoto.com don’t pack the same elegant punch as just RobertSmith.com, do they?

I’m lucky – I was born with a unique name. I didn’t ever have to think about changing it or adding to it, and I didn’t have to deal with all the repercussions of changing my name. So lucky! 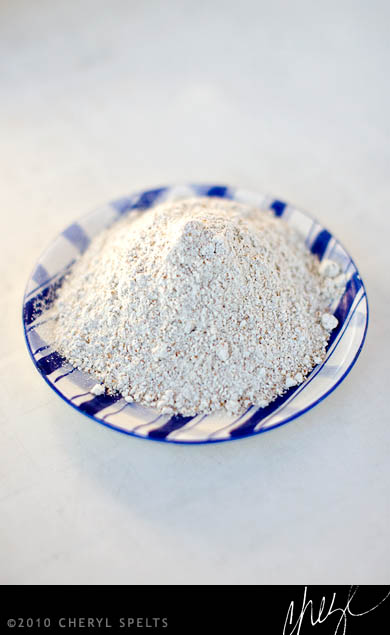 Spelts, used as a last name, is not at all common. It’s of English origin, and comes from a kind of wheat – merriam-webster.com calls it an ancient wheat, dating back to the 12th century, but I have some in my kitchen pantry right now – so it may be ancient, but it still exists today. And it’s healthy! Wikipedia, which spells it as Spelt, says… “Spelt (Triticum spelta) is a hexaploid species of wheat. Spelt was an important staple in parts of Europe from the Bronze Age to medieval times; it now survives as a relict crop in Central Europe and has found a new market as a health food.” I then had to look up “relict crop” and Wikipedia defines it as “a crop which was previously grown extensively, but is now only used in one limited region, or a small number of isolated regions.”

So the crop is rare, but not as rare of those of us with the last name.

When I was growing up we used to joke that there were only about fifty people named Spelts in the entire United States – and we were related to all of them. I have a Spelts family tree from before I was born, and most of them lived in Nebraska – which is where my Grandfather was born – and then our small branch in San Diego, which included my Grandfather and his brother, and both of their families.

When I first got online in 1996, I remember searching for Spelts, and discovering that our joke about being related to the all fifty of the other people in the world with the same last name, wasn’t that far off from reality. In fact, in the 2000 census, there were only 304 of us counted. It’s a very rare name.

The most common misspelling is to put a Z on the end, and get Speltz, which is actually the Germanic version. Similar, but not the same – and not quite as rare.

When I was ready to register a domain name for my photography business, part of me wanted to register spelts.com, but I ended going with my full name, cherylspelts.com and then my brother registered spelts.com – which was good because it kept it in the family! And for years those two domains dominated the top of the listings if you searched for Spelts – we both beat out any pages on the grain! The grain now beats us both, but for years, my brother and I traded off on the top position.

But having a unique name isn’t just about the last name. You can have a fairly common last name, and as long as it’s paired with an unusual first name, or vice versa, you’re good! Or you can take two not-so-unusual names, and pair them, and come up with something unique. It doesn’t really matter how common or uncommon your individual names are, what matters is that the combination – your full name – is unique.

In my case my first name is fairly common. Cheryl is of French origin – it comes from the French term of endearment, Chérie, which means dear one, or beloved. There’s no record of it being used in the current form and spelling before 1920, but it made the top 100 names for girls between 1944 and 1979. And paired with my unusual last name, I have a full name that’s almost totally unique. I know from that old family tree, that at one time I had a relative by marriage somewhere in Nebraska who is older, also named Cheryl – but I’ve never found any sign of her on the Internet – maybe she remarried and changed her name? Or maybe she just lives a very private life? Or maybe she never changed her last name to Spelts in the first place – just because you marry a Spelts doesn’t mean you have to adopt the name? Or maybe she’s no longer living – that family tree was created a long time ago! So for all intents and purposes, at least online, I have a totally unique name. If you want to find me, it’s very easy!

I used to own over 50 domain names – and while I did sell one of those domains, I never bought them for that purpose. I used or planned to use every domain I ever registered. But over time the number of domains I owned grew, and it was time to let some of them go. About that same time I decided to pull my fine art photography under the same domain as my other work – it had been under it’s own domain, since fine art and other kinds of photography don’t tend to have much overlap – and at one time I thought it was best to keep them separate – but things change, and I was ready to combine it all here, on cherylspelts.com. So I let that other domain go. And I did it with very little thought, because seriously, who else but me would want it? It was a variation of my name, and since I’m the only one with my name online, I felt totally safe abandoning it.

Ha! I was not safe at all! Turns out there are idiots out there, eager to make a profit in totally unethical ways.

I regularly Google my own name – I did Search Engine Optimization professionally at one time, and I still love to watch how I rank for different search terms, including my own name. So it didn’t take long for me to discover that someone had bought my old domain, and put up a site about photography on it.

I tracked down the new owner through WHOIS and wrote a polite email, assuming she just didn’t know better, and explained how it was not legal for her to trade on my name. She wrote back that she had randomly chosen my name and randomly decided to put a photography site on it, and wasn’t it funny that I actually had that name, and was actually a photographer, and maybe the universe was trying to tell us something? Random? Really? She really thought that I’d believe she randomly registered and built a photography site, on a domain using my name? But it gets better! She then proceeded to school me on how I’d had multiple chances to keep my domain, and I must have ignored the notices, and so it was my own fault I’d lost it – but she’d sell it back to me, if I’d reimburse her for her time and effort. It’s a fairly common scammy practice… pick up expired domains and then “sell” them back to the previous owners, who are desperate to get them back and are willing to pay hundreds of dollars to get their sites back. But me? I didn’t want the domain back – I purposely let it expire, and I didn’t care if she owned it – I just didn’t want her trading on my name. She could own it – no problem there – but she absolutely could not use it for a photography site.

Once she realized that I wasn’t going to go for buying the domain back, she switched tactics and wanted me to pay her just to take it down – she wanted $300-$500 or possibly more, she’d have to think about it. Her exact words… “If You want the site down, its is fair to expect you to purchase it from me. If not, then I do not HAVE TO take the site down.” Punctuation hers, not mine.

I let her know that what she was doing was extortion, and was illegal, and she came back with “There are many other people with the same name throughout the world” so she figured, I wasn’t the ‘sole owner’ of the name even though I was given it at birth. Guess she didn’t do quite enough research! I wrote back that I am indeed the sole owner of the name, since it’s an unusual name, so that argument doesn’t fly.

She was located in Australia, and obviously felt safe in playing this scammy little game, since the distance was so great. But guess what? Extortion is illegal in Australia too. And I fully intended to contact the authorities in her area – which may sound like a hollow threat – what can I, all the way in Southern California really do about a problem in Australia? And would the Australian authorities take it seriously enough to do anything? But did she really want to test it? Evidently not, because once she fully understood that I was serious, and I wasn’t going to bend, her photography tips site with 160 pages, and links to borderline porn, morphed overnight into an equally scammy site on beading.

Moral of the story?

First, if you have registered variations of your domain name, even if you don’t need them anymore, think twice before letting them expire!

And second, if you have an unusual or unique name it’s a lot easier to fight this kind of thing. If I had a common name, I wouldn’t have been able to fight this without the use of lawyers. And even with a lawyer it’s unlikely I would have won. But because I have a unique name, it was simple!

Thanks Dad and Mom for giving me a unique name! The Internet and online marketing wasn’t a consideration back when they named me, so I’m grateful I got so lucky!

But if you didn’t get so lucky, and if your name isn’t all that unique, and if you’re an artist? I’d seriously consider changing your name – or adding to it – or anything – just make it unique.

Just as your art should be unique, so should your name be!

And me? If you scroll to the bottom of this page, you’ll see the TM mark next to my name in the copyright line. Yes, I am trademarking my own name. I never imagined it would be necessary, but getting burned once is definitely enough.

What makes you uniquely you…

On Specialization and Passion