Getting “snowed in” sounds so romantic – staying inside by the fire with a good book, drinking hot chocolate. No work, no school, no modern world. Sounds fun! And in a way it is, but it’s also a lot of cold hard work. By the third day with no electricity, one more trip out to get firewood, just gets old. Do you have any idea how much wood it takes to heat a house with a wood stove and a fireplace, when it’s 22° outside? And when that wood is at the end of long walkway, and buried under three feet of snow, it’s a lot of work!

And there’s the darkness. This time of year the sun goes down so early and comes up so late – and with only firelight, and one dim lantern, there’s not much you can do. We played Scrabble – a lot of Scrabble! And went to bed early, and slept late. But fourteen or fifteen hours of darkness is a long, long time. Especially by the third night.

The power came on suddenly at 1:30AM last night, then flickered out, then came back on for good at 2:30AM. I’ve never been so happy to see the lights come on! 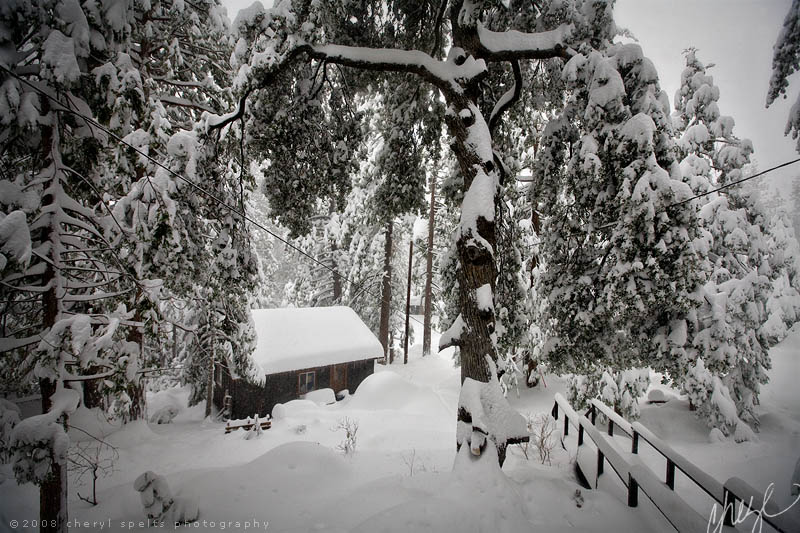 This is the view from the house, about midway through the second storm, soon after the power went out. Down by the garage there’s a big bump in the snow – that’s my car. As more snow fell it became even less recognizable. 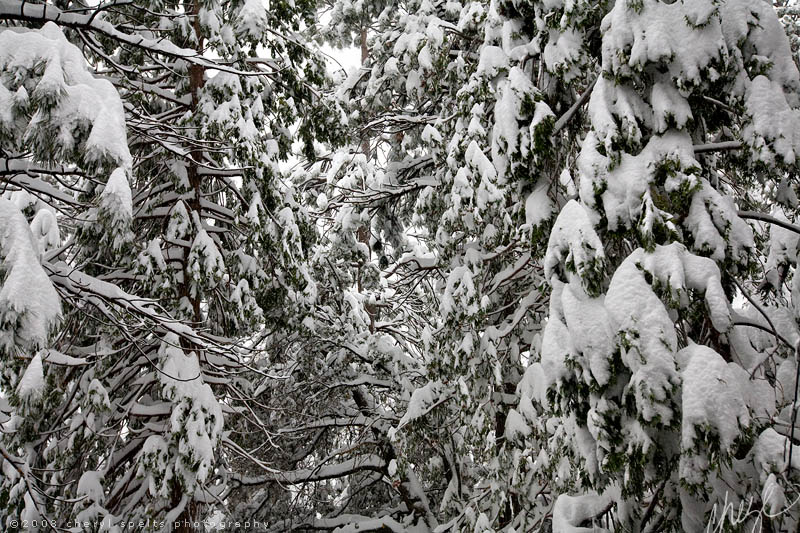 The view from the front porch, also on the Wednesday. There’s no denying that it’s beautiful! 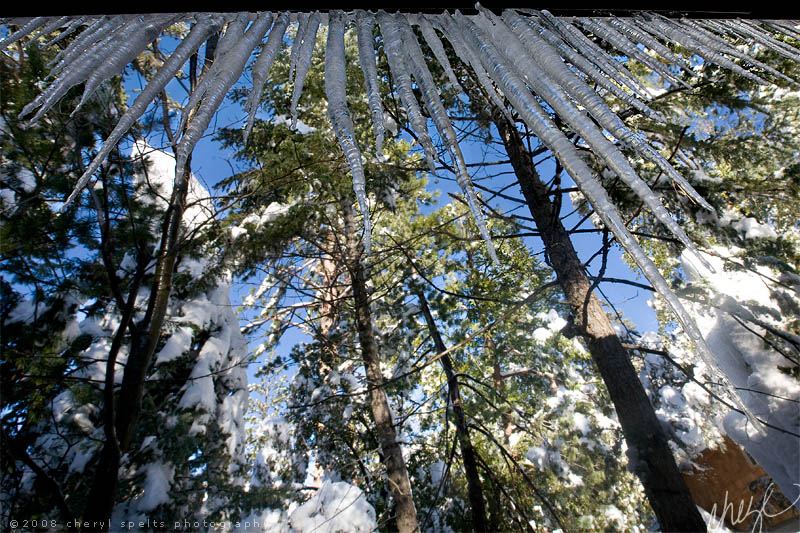 And this is what it looked like today! Bright blue sky, lots of sun, and lots of icicles as the snow on the roof began to melt.

As the sun heated things up, the trees began to shed their load of snow. In fact, it was hazardous to walk under them since you could get dumped with slushy snow at any moment. But it was worth it to get to see some green again!

We’re supposed to have two more days of warm weather and sun – so hopefully the ice and snow will melt off the walkways and we can dig out the wood pile and my car before the next storm – which is supposedly coming on Monday. I am definitely hoping for rain that day, instead of snow – and that’s a possibility – but if it does end up snowing, I just hope for a light dusting this time. I can hope! And I really really hope the power stays on. It’s amazing how great heat and hot water and hot food are! I’m not ready to go back to the romantic pioneer days again quite yet…

A little break before the next big storm