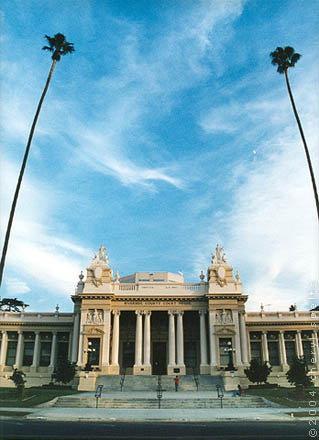 Completed in 1904, the Riverside Historic Courthouse was built at a time when Riverside County was one of the richest in the country, and is now considered one of the most architecturally important structures in California. It covers a city block, and was designed by the architectural firm of Burnham and Bliesner, of Los Angeles. Robert Fitch, in a history of the building wrote that the design was “was inspired by the French Beaux-Arts school, as exemplified in the Grand Palais and Petit Palais constructed for the 1900 Paris Exposition.”