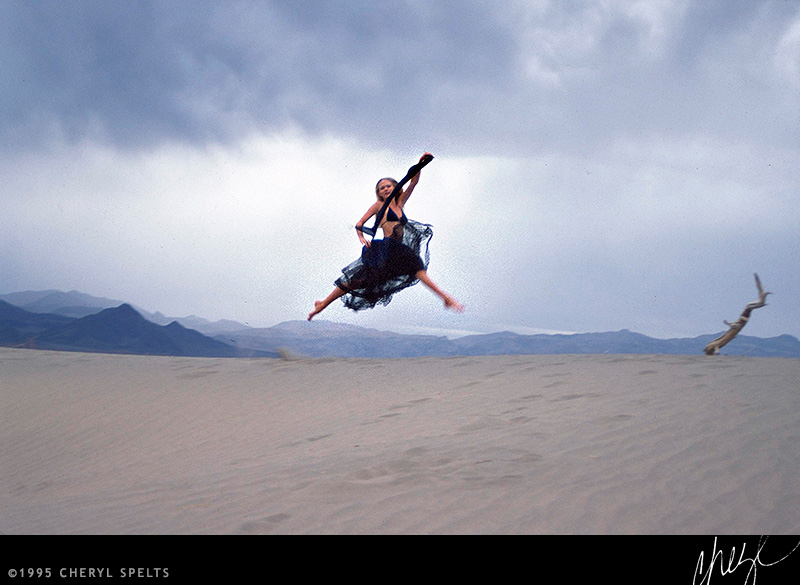 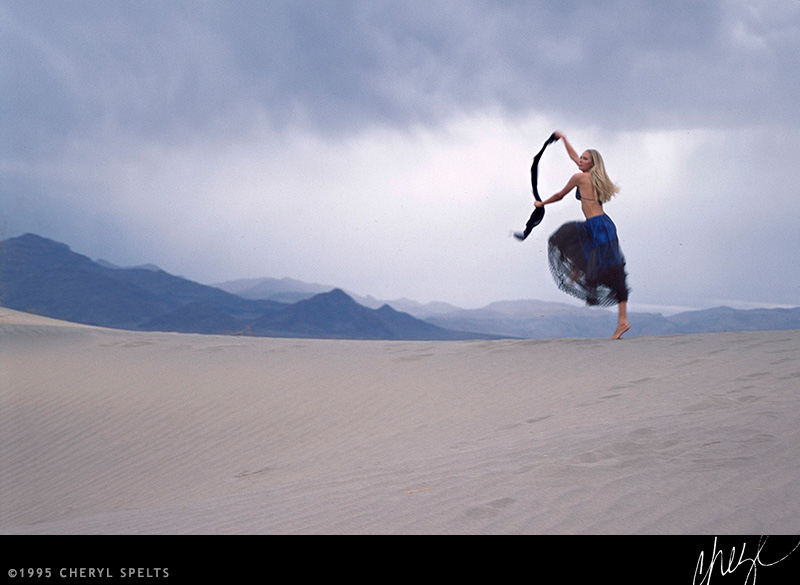 When I took Photography 101 at Palomar College, one of my co-workers at Main Street Cafe in Fallbrook mentioned that her teen daughter had done some modeling, and would be willing to pose for me. We got some lovely portraits that first semester in her back yard, but I wanted more…

So when I signed up for a one-credit class in my second semester that focussed on Death Valley, I wanted to do something different than just shoot sand dunes. I had this wild idea to bring a model. And of course I wanted it to be Vanessa!

She was maybe seventeen? And I was so inexperienced–she was my first portrait, my first model, and this trip to Death Valley was my first fashion session. I designed a gold lamé bikini, and a taffeta skirt with a net overlay, and I brought lengths of white gauzy fabric to drape on her. And she brought a huge suitcase with practically her entire wardrobe. We made plans to shoot with exotic makeup, and to go as high fashion as we could. While I can certainly see the faults in these images, for a novice photographer shooting slide film at dawn in the desert? And for a model who was still in high school? We certainly both had potential, and we had a lot of fun experimenting! 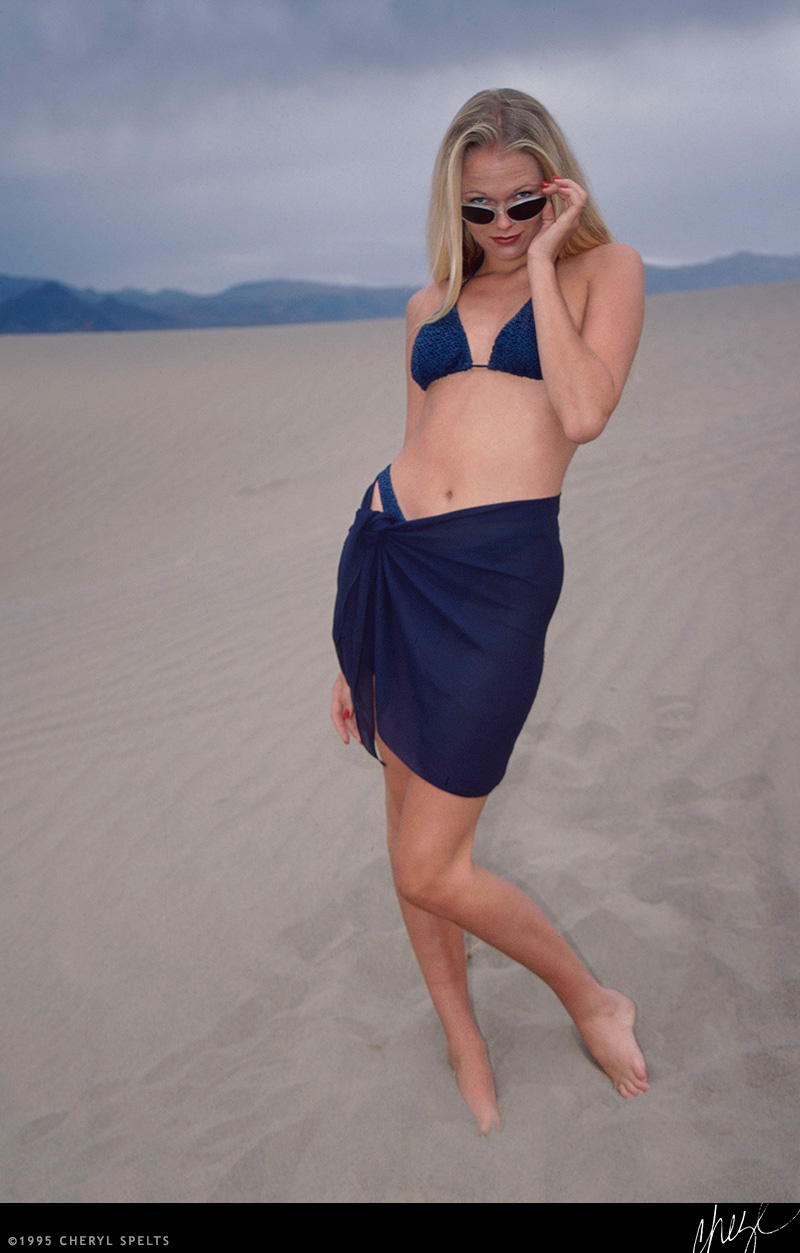 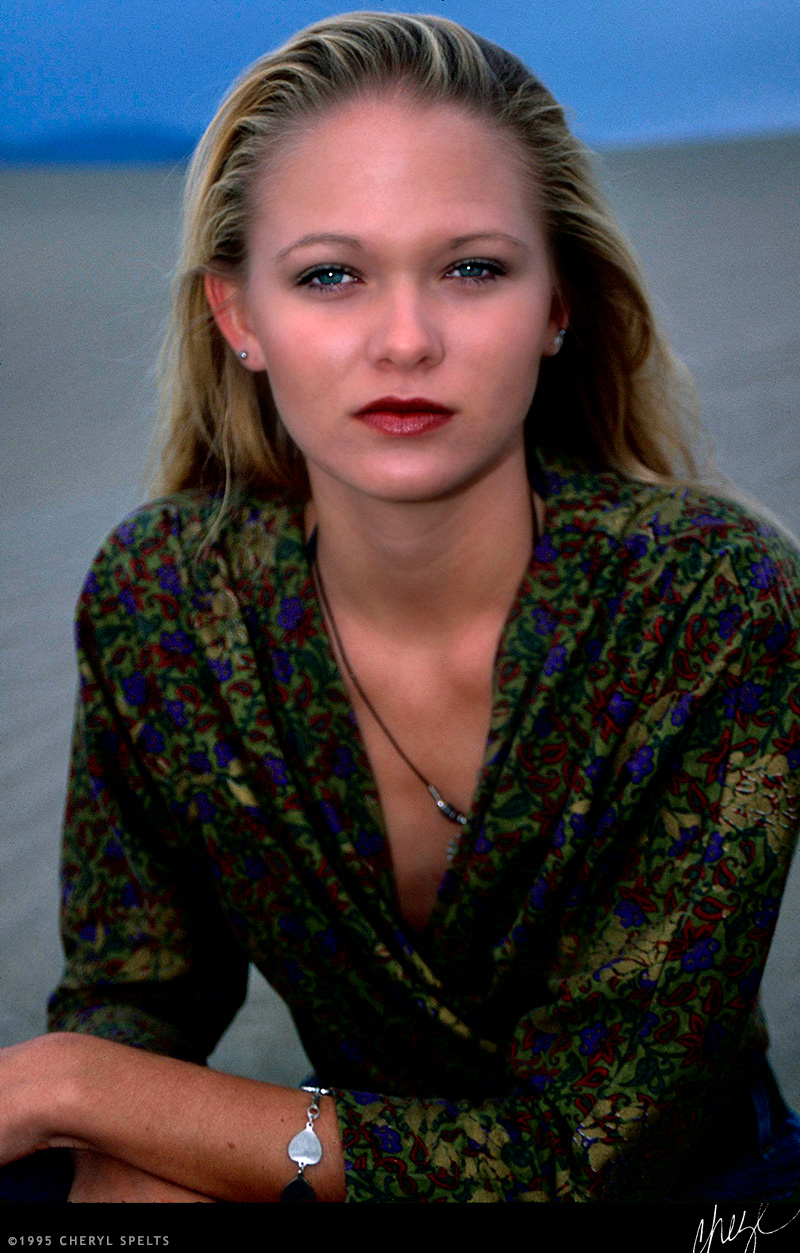 Images in the Desert Valley Star