When I love a song, I really love it… So I started sharing some of my favorites on Twitter, and over time it’s grown into my Song of the Day. I’ve been archiving my picks manually on my blog – but since it wasn’t automated, it was rarely as up-to-date as I’d like it to be. So I’ve decided to move the whole thing from Twitter, to my blog, which will then update Twitter – it’s a big circle – but it works!

So here’s a list of all my previous picks… A true archive!

I seem to have a thing for female voices lately – and these two songs are the two that I keep looping, over and over. I do that when I really love a song, listen to it again and again…

I’ve written about my grandfather’s cousin before – Ruth Etting – who was arguably the most popular female singer in the 1930’s, but lost her career due to scandal – her ex-husband shot her new boyfriend. Today a scandal like that would likely give her career a nice boost, and cement her place in history, but back then it was the kiss of death for an entertainer’s career.

She made quite a few films, and so there’s lots of footage out there of Ruth singing – but not all of it has ended up on YouTube yet – although I have no doubt it will eventually! But this is the first time I’ve found a clip of her on a stage, with just a piano. I like the simplicity. And the song. And the fact that at the end of the song she plays with the phrasing. It’s definitely stylized, and definitely torchy, and definitely an acquired taste, but if you like a good torch song, she’s the best!

For more on Ruth Etting, go to RuthEtting.com.

Merry Christmas Everyone! One of my favorite musicians, JD Fortune, just posted an acoustic version of Silent Night that is simple and honest and really beautiful. It’s the perfect thing to listen to on this Christmas Eve!

The coming year should be fabulous for JD – he has a solo album coming out in early 2009 – and there are rumors that he may tour. I hope so! But I absolutely love that with all that going on, he made a simple recording with just him and a guitar and a favorite Christmas carol, and posted it today. Just very, very cool!

I hope everyone has a very merry Christmas! 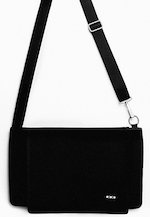