Once I discovered self-portraits, I fell in love hard. Who isn’t fascinated by their own image in the mirror? But to capture what we see in the mirror in a photograph? And then twist it, into something that expresses not just how you look, but also who you are? It’s beyond cool!

This series is all from 1996. At the start of the year I was still playing with the light from my vanity, and going for “pretty” images. I was also shooting models and my first musicians and bands, so it’s probably not surprising that even my self-portraits from that time period have a little bit of a commercial twist. But by the end of the year I was in full-on fine art mode. 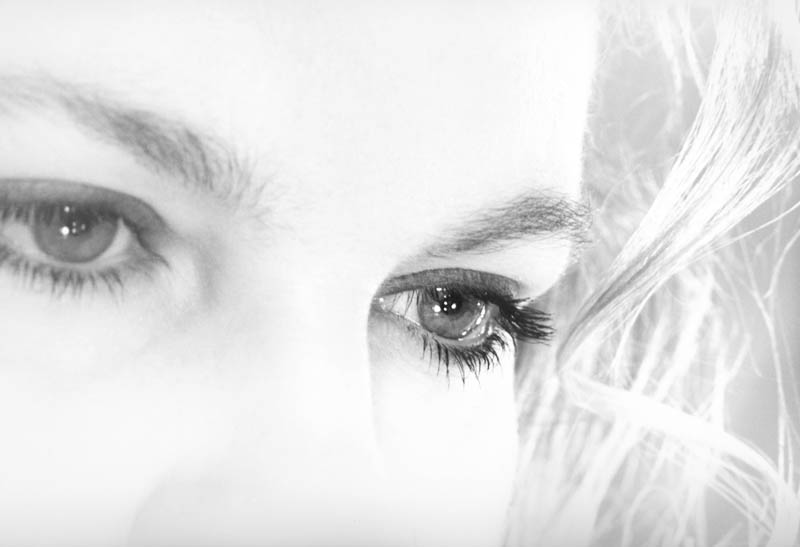 Definitely going for the “pretty” with this one. It was shot on tech pan film – which has a very fine grain – and is good choice when you want to enlarge an image significantly, like this one. In fact, the actual print includes all of both eyes, and more – but my current scanner couldn’t handle a print that large, so I just scanned the center section, and let the left side fall off.

Once again, going for the pretty – but this time with a twist! This image is the result of a flipping the negative during the exposure – so it’s a darkroom trick and really difficult to get right. I was VERY happy with this final image – I loved the way the hair crossed in the center. Very cool!

The last three images were all for one assignment – we were to think of three words that had meaning for us, and illustrate each one with a self-portrait – and we were encouraged to do something that scared us. 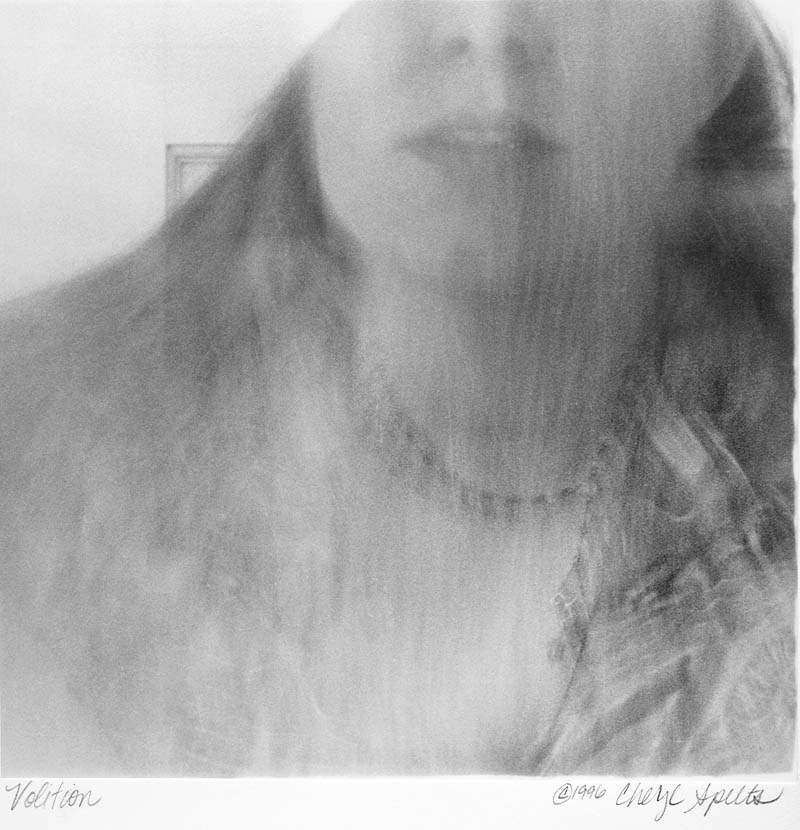 Volition was my favorite word at the time – it means the act of choosing, or the power to make something happen. I was in love with the word… So I chose a long exposure and a lot of movement to express it. I set the camera timer, then bent over at the waist, and flipped my hair back, and the lines you see in the image are strands of hair, as they passed in front of the lens. Some images are magical, and can’t be recreated, and for me, this is one of those images – I still love it, all these years later. 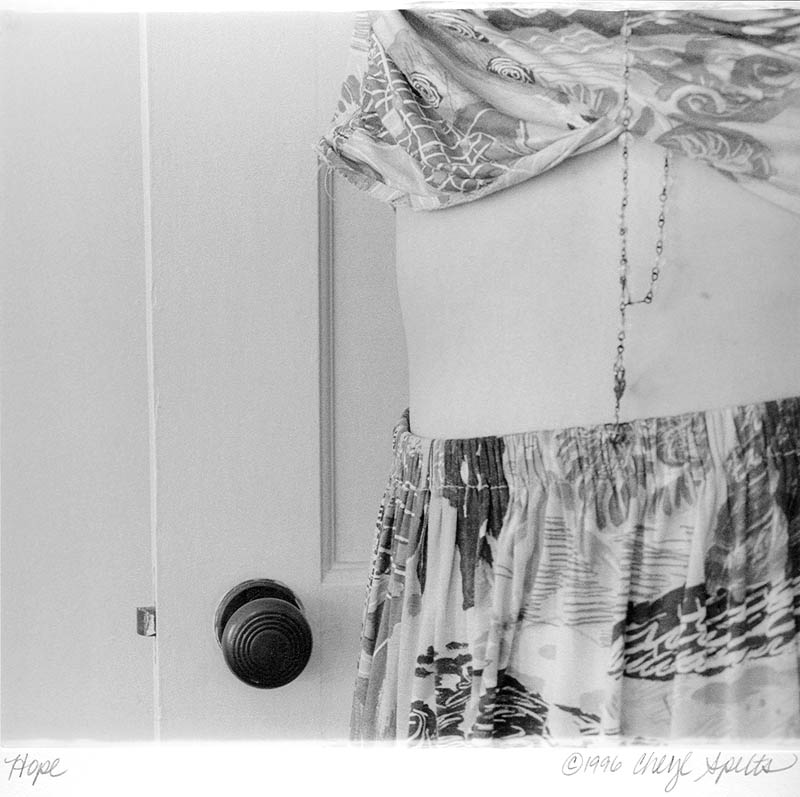 Hope was my second word, and to illustrate it I decided to do something a little out of my comfort zone. I decided I was going to feature my least attractive body part in my photo – and for me at the time, that was my stomach. I was determined to make a beautiful image of the ugliest part of me – that’s the definition of hope, for sure!

My final word was Narcissism. It’s probably not hard to guess why I chose narcissism at this point! Self-portraits tend to make you question all sorts of things. I decided that the best way to twist that concept into an image was to shoot myself first thing in the morning, with wet hair and no makeup – in other words, at my absolute worst – and try to make that into something beautiful. Getting past puffy eyes and wet hair, and into sensuous lines and tangled creamy focus – it was a stretch, but I loved the final result. I still do!