I’ve blogged in the past about how few artists are creating art that references the housing crisis – and that’s still the case – but a musician I love has just released a video that shows another current crisis – unemployment.

I was at a private VIP event with Ryan Star last December – I was there shooting, and dropped a piece of equipment during the space between two songs, and so of course everyone in the very small room had to turn to see who the dork was who was making noise during his set! Well Ryan made the most of it, and made a joke at my expense and then dedicated the next song to me, and it was this song, Breathe, and it was the first time I’d heard it, and I fell instantly in love.

Real love, truly madly deeply. It’s a great song! And the video is moving. It’s so moving it debuted on CNN this week – way to go Ryan! 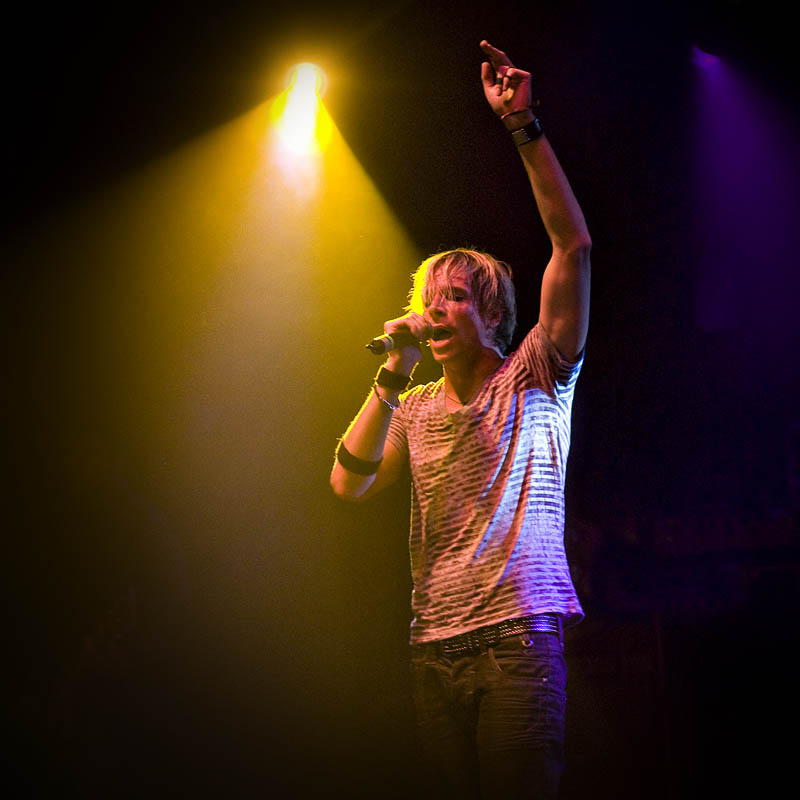 I’m a little late blogging about this, but it’s only because I had so much fun, that I didn’t want it to end – and blogging is definitely an after-the-fact activity! A little over a week ago I went to a great show, spent loads of time with some great friends, shot all kinds of amazing images, ate some great food, and spent way too much money on parking in LA. Just a fabulous weekend!

But about that show, since it was definitely the high point of the weekend… It was Lovehammers – direct from Chicago – and more like a party than just a show, since it was their West Coast CD release for their latest work, Heavy Crown. There were a lot of fans that flew in from other parts of the country – including a whole bunch from Chicago – and that fed the party atmosphere. I met so many, it’s kind of a blur, but it was great to meet so many people face to face that have sent me sweet notes in the past about my images of the band. They love that band, no doubt about it, and by extension I get a lot of love, simply because I’ve shot that band. It’s great!

First up was soundcheck! The venue had sold VIP tickets that included a CD, a shirt, and a meet and greet after soundcheck, so quite a few of their fans got to experience it as well, and it was SO good! I always love soundcheck, since the emphasis is on the sound, not on the performance, and sometimes you get to see, or rather hear another side of a performer or band. It’s just different than the actual show – and that can mean lesser, or it can mean something totally different and wonderful – in this case, we got wonderful. And because I wasn’t shooting, I got to just enjoy the music and the sound. So I was already totally happy, and in love, when they broke out my latest favorite song, Neverfall. Now I didn’t expect to hear it live, I hoped, but was not expecting. They’ve done several shows since the new CD debuted, and I’ve read the reviews, and I knew they hadn’t done Neverfall live – so it was a BIG wonderful surprise when they started to play it. Honestly I screamed, like a 12-year-old fan girl! I could not have been happier and it totally lived up to my expectations. It wasn’t as slick as some of the other songs they did, but it more than made up for that in raw sexy power. If I had to pick one perfect moment from the entire weekend, it would be hearing that song, my favorite song, live, in my favorite city. Just perfect!

And there was another really fun moment during soundcheck that I would be remiss if I didn’t mention it… There’s a line in one of their new songs, “Last night she was on fire…” and yeah, it’s a sexy line. Even just seeing it written it’s sexy, so imagine it in the middle of a really hot song, and well it’s even sexier! But at soundcheck there was this little pause, and a breathe, and it was the single sexiest thing I’ve ever heard or seen onstage. If you saw the show, you know it was great then, but during soundcheck it was mindblowingly sexy. I turned to my friend, and I couldn’t even verbalize how blown away I was. It was a really good moment!

And the show itself was amazing! But I’ll let my images tell the story there…. Check out the link at the end of this post, or click on the image above!

The next night Lovehammers hosted a listening party in Hollywood at Ink Kandy Tattoo – with discounts given if you got a LH tattoo – I didn’t participate in that aspect, but I had fun hanging out with a couple of friends that I don’t see nearly often enough. We also checked out a place I’d heard of, but never been to before, the Beauty Bar – which is totally cute, and kitchy, and fun.

The last time I’d seen the Lovehammers live was at Hammerfest in Chicago in March 2008, so it had been way too long, and I was really ready to hear the new material – and it seriously exceeded my expectations! What can be better than a really great band, in your favorite city, on a really HOT summer night?

So check out my slideshow, and if you get the chance, go see Lovehammers live!