First, back in January I got my first billboard! It’s long been one of my dreams to see my images on CD covers, magazine covers, and up on billboards. I mean, how cool would it be to be zipping by on the freeway, and see one of my image over ten feet tall? Very cool! Well I didn’t get to see this particular billboard in person, since it was located in New Zealand, but I can imagine what it looked like, and in my mind if was magnificent! It was an ad for Marty Casey’s New Zealand tour, and featured my favorite image of him ever. Click here to see the image! 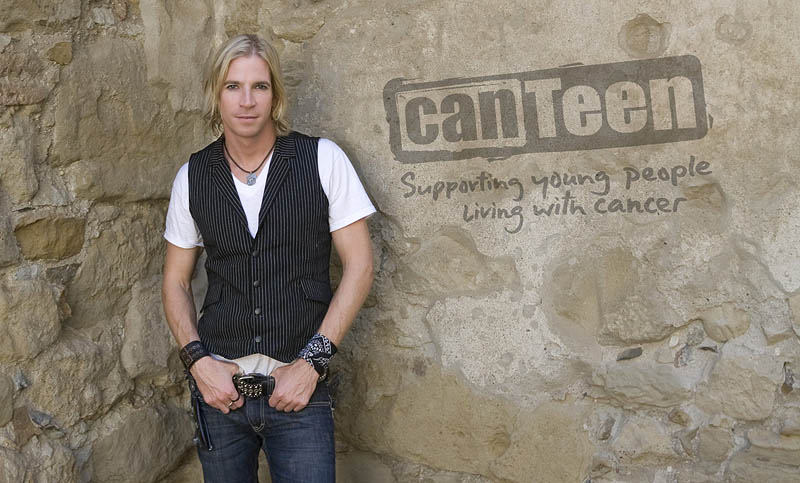 Second, once again, thanks to Mr. Casey I had another first this week… I was a web developer for a long time, and designed some pretty high-profile sites for Sony while I worked there, and developed ROCKBAND.COM into a fairly big deal before I sold it – but I never once entered a web awards competition. I had planned to enter RockBandLounge.com into the Webby’s this year, but wasn’t able to make it happen in time, so I figured that was that. But I was wrong! Marty Casey’s web team entered his site, and I was listed as a photographer, so in a very small way I helped a site win a Gold at the ADDY® Awards. Maybe this will encourage me to get with it next year, and enter myself?

Third, I just watched a repeat of Kimora: Life in the Fab Lane on The Style Channel, that originally aired a couple of weeks ago, and in it Kimora decides that she’s going to shoot an ad campaign herself, because she’s a model, and a pretty good amateur photographer. The whole show totally cracked me up! But despite the premise designed for a half-hour TV realty show, there was a real pro on scene, coaching her. Jerry Avenaim gave her lessons, helped her to see that she needed to use medium format with a digital back, since the intended use was magazines, and I would bet he set up the whole shoot at the location – even though that wasn’t explicitly shown. So Kimora’s role technically was minimized, and as a model I’ll bet she was a natural at finding the perfect angles when dealing with the male model. So the premise was not as crazy as it initially sounded – but it was still a very funny episode – for me! I also loved it because the location they choose is one I recognized immediately and plan to use myself someday. It’s a magical place, overlooking the whole city, with great light.

Fourth, I had a dream a few nights ago where I woke up thinking about a little run down old house in a place I’ve never considered living in, and I had a strong sense that this imaginary little house in my dream was my new home. And my immediate reaction was NO! That’s not my plan, my plan is to move to LA. But I felt a little haunted by how right that little house felt. I really do want an old house – the older and more authentic the better. And run down is fine. I can paint! I can landscape! I can refinish wood. I can pay a handyman to replace a hot water heater. My dream is a little craftsman cottage from about 1910 or a Victorian cottage from about 1895. But in LA, not this little town I’ve never even considered living in before. So I wanted to dismiss this silly dream, but it felt so right, it was hard to dismiss… Then it occurred to me that this little town is only an hour away from Los Angeles. And real estate prices are so much lower there. So now I’m not sure. All I know is that I’m not dismissing that dream anymore, I’m going to let it stay in my thoughts for a while, and see what happens. Sometimes we work stuff out in our dreams, so maybe I should listen?

Fifth, the radio station in San Diego that hosted the party I went to in December, Sophie @ 103.7, has been playing Ryan Star’s song Last Train Home, all week. He’s won head to head challenges this week against Butch Walker, then Saving Abel, then Seether, and now he’s up against Third Day. If he wins this round, he goes up against Depeche Mode and then The Killers. It’s a big deal, and I love that my hometown may be the place where Ryan gets the kick to push him into mainstream radioplay across the nation. It could happen! So if you have time, go vote!

Sixth, yes I’m sad that JD Fortune and INXS are no longer going to work together. I’m just glad that I saw as many concerts as I did! I saw them over a half-dozen times in California, once in Vegas, once in Missouri, and then three shows in Canada, so I definitely had fun! And I’m looking forward to new projects from both INXS and JD. Yes, they’re breaking up, but it might mean twice the musical output this way, so it’s not all bad.

Seventh, it’s soooooo beautiful today! It’s warm, and the sky is bright blue, and there’s promise in the air. I feel lucky to be here!

And last but not least, I get to go to a concert this week! Juke Kartel, Toby Rand’s band from Australia will be in Los Angeles on Monday at The Troubadour. If you’re in town, come down. Toby is amazing, and it’s bound to be a lot of fun!

Slick and Glossy and Modern