When I interviewed the Lovehammers back in early 2006, I remember being impressed by the way they talked about their fans and the huge shows they put on in their hometown of Chicago. And I sort of decided then that if I ever got the chance to shoot one of those big shows, I’d take it! I’ve always wanted to go to Chicago…

The opportunity came last weekend – two years after that interview – some things are worth waiting for! Hammerfest is a big deal and this year it was at the House of Blues in downtown Chicago. Great venue! All brick, two balconies that circle around the floor, and it feels small and intimate yet holds a LOT of people. I went with five friends – two who live in Chicago, and three others that flew in for the weekend. We spent the whole weekend together, but they were good sports when I abandoned them during the show.

Shooting any show is always intense – but the Lovehammers multiply that intensity by ten. Their shows are incredibly passionate and vital, and there’s movement and color and action everywhere. It’s an amazing thing to see live – and capturing some of that magic in a still photograph is one of the most satisfying things I can think of to do. They create magic onstage, and I tired to tap into that vein, and mine some of their magic in my images. It was a blast! 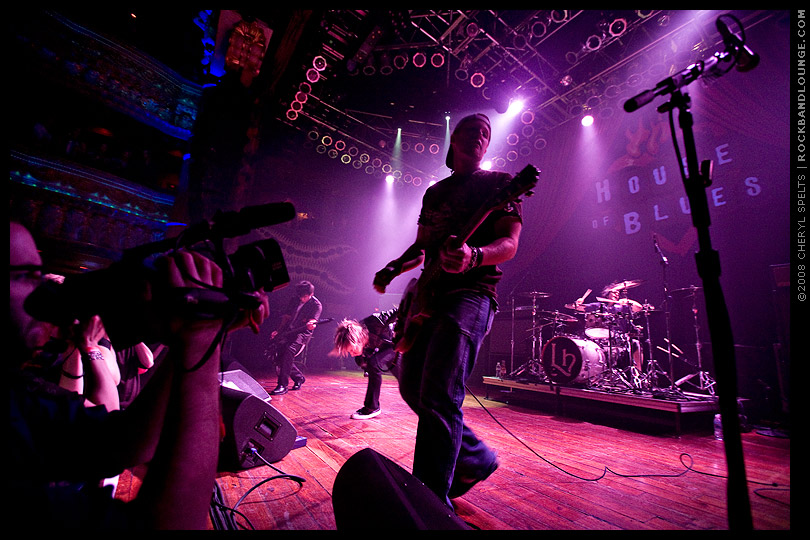 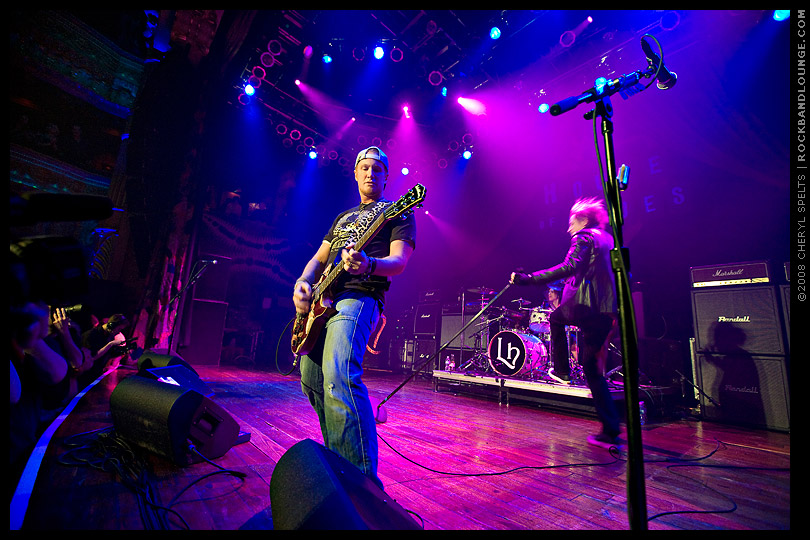 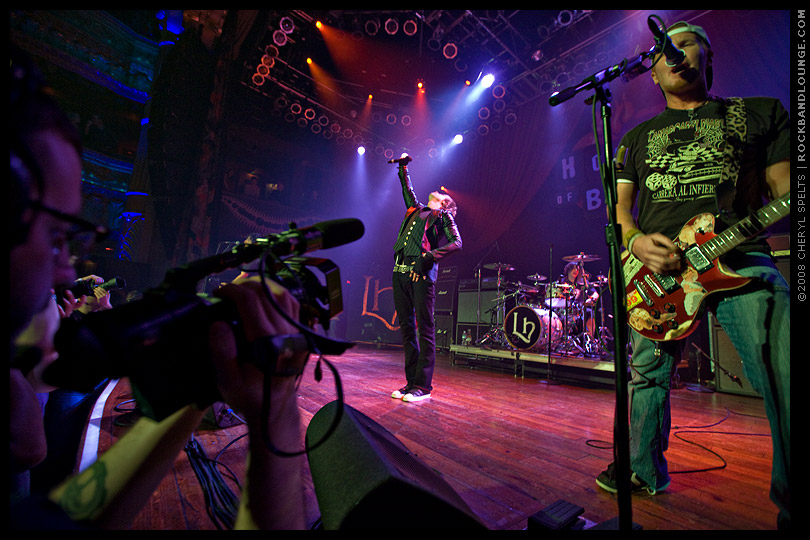 This image is one of my favorites because of the orange and violet lighting – the colors of RockBandLounge – and to see Marty Casey, our RBL Ultimate Rock Star bathed in those colors was great fun! 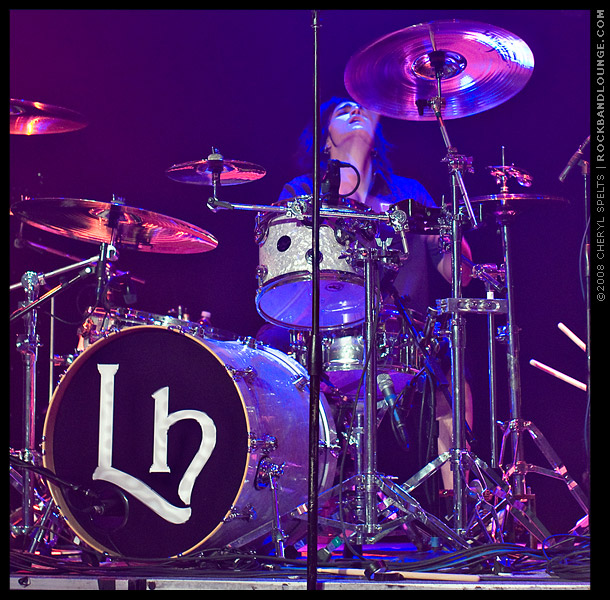 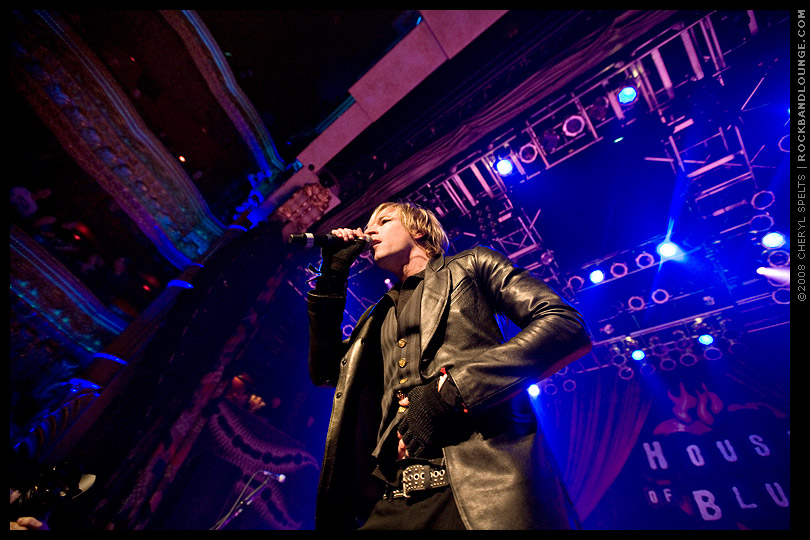 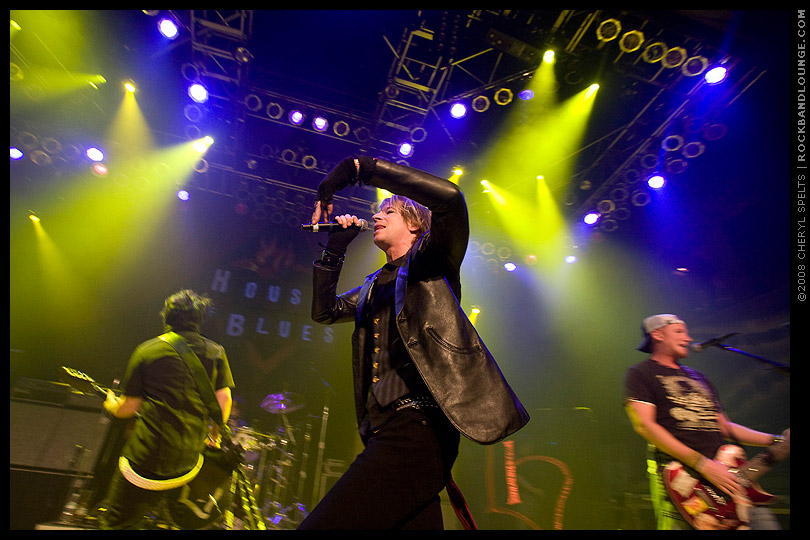 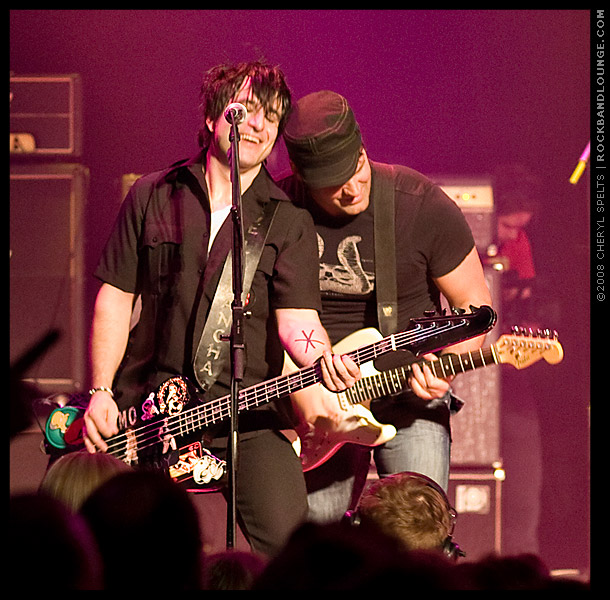 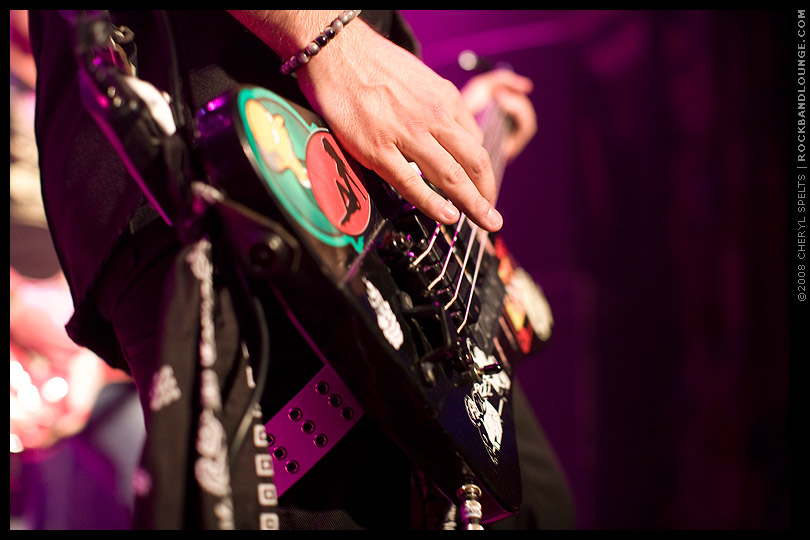 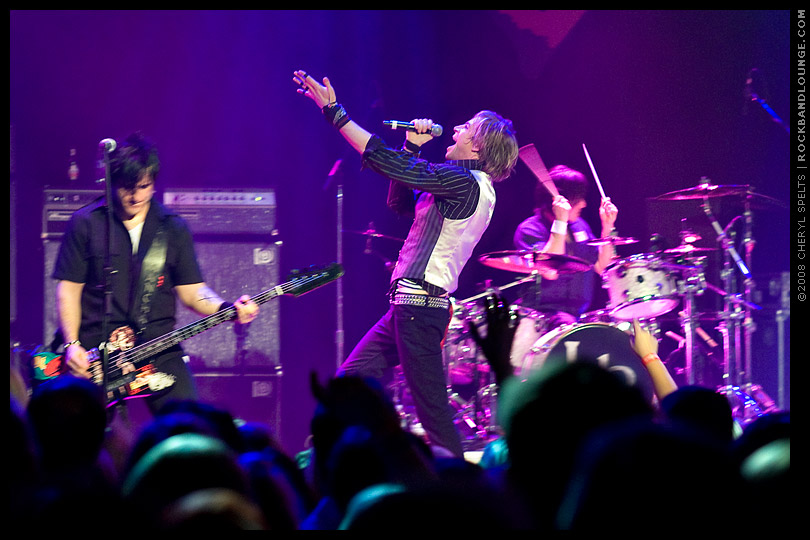 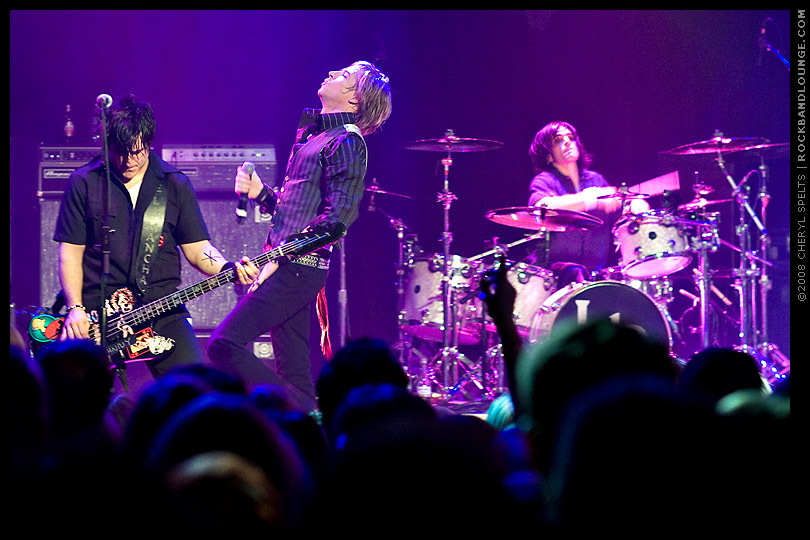 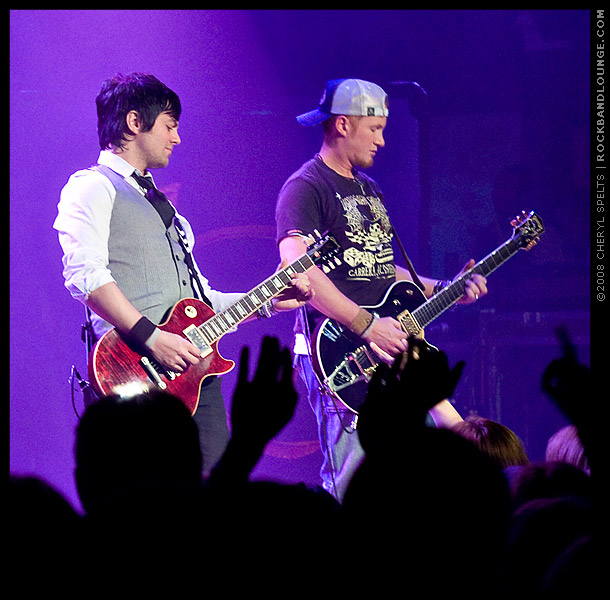 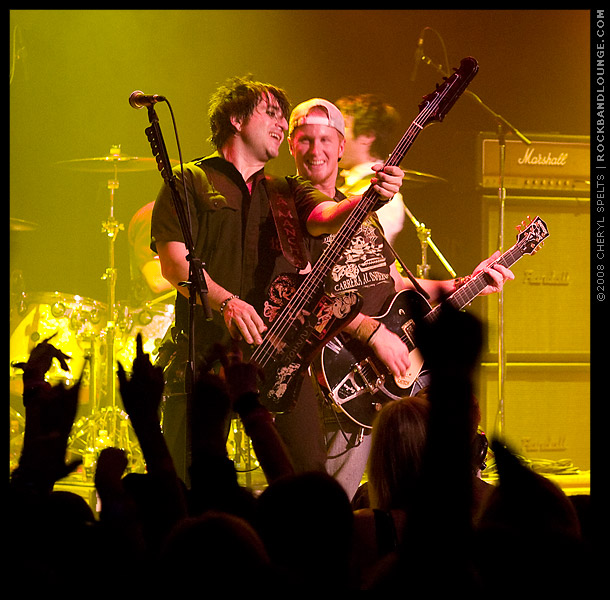 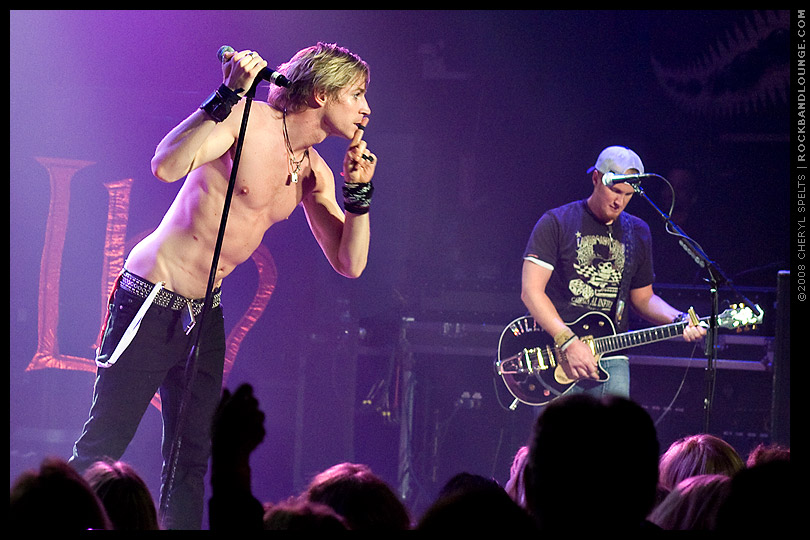 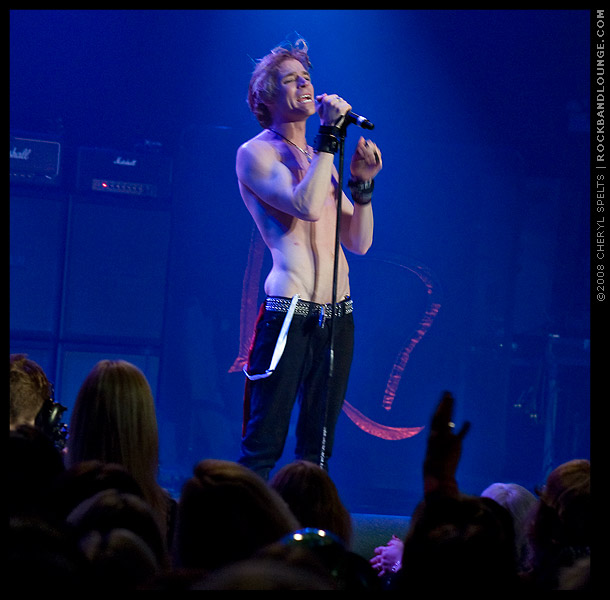 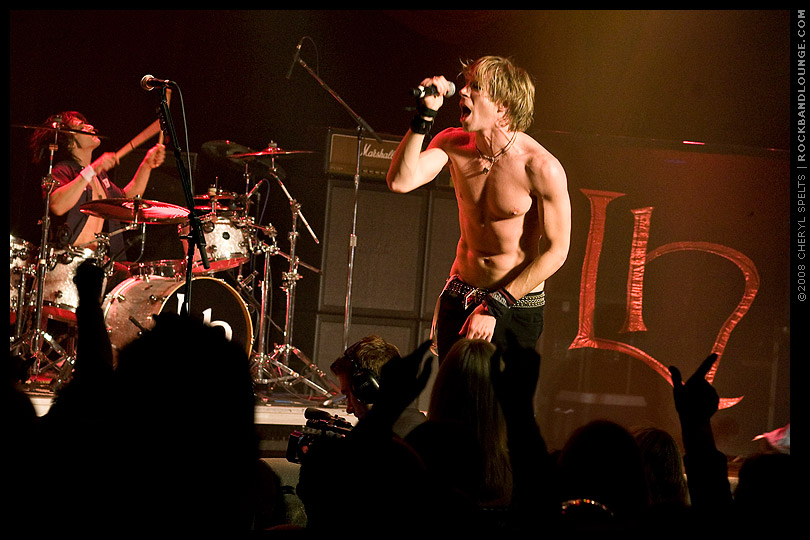 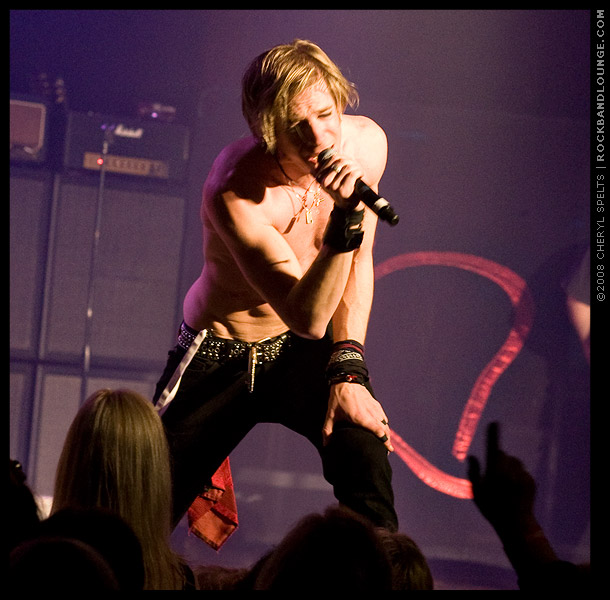 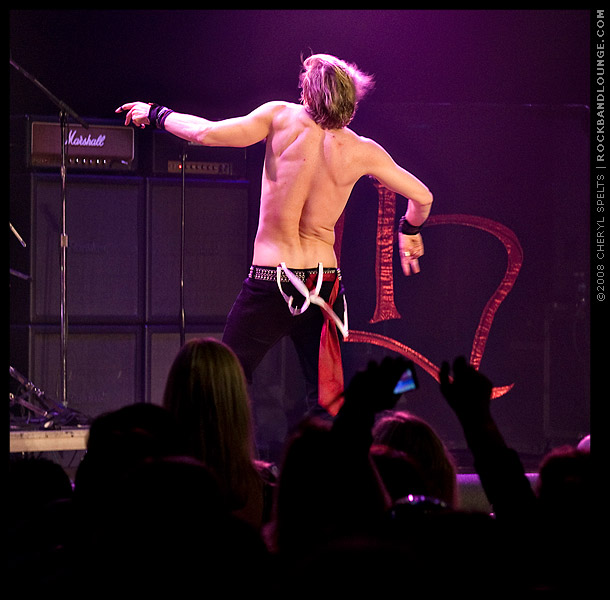 To see more images from the show, go to:
http://rockbandlounge.com/news/2008-03-lovehammers.asp

In the Chicago Sun Times this weekend…