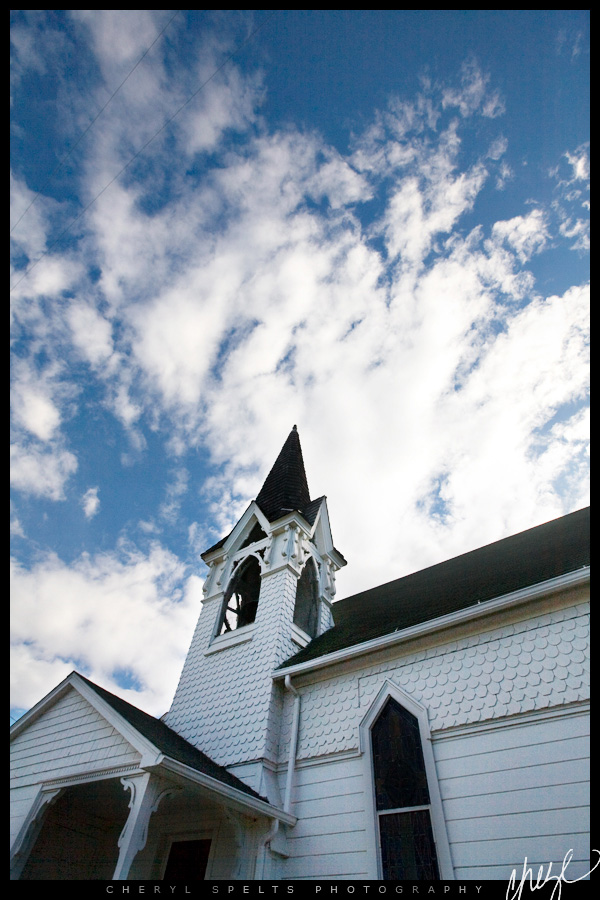 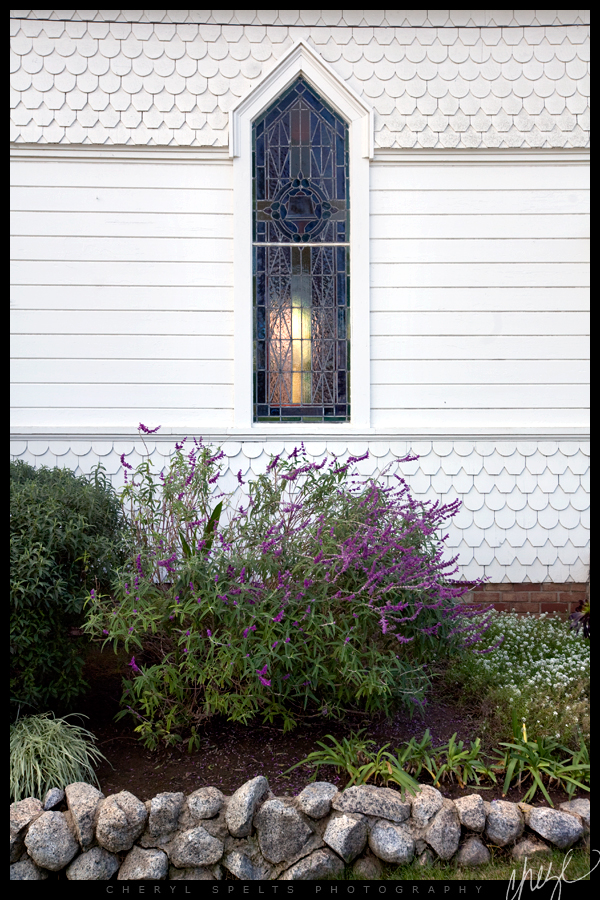 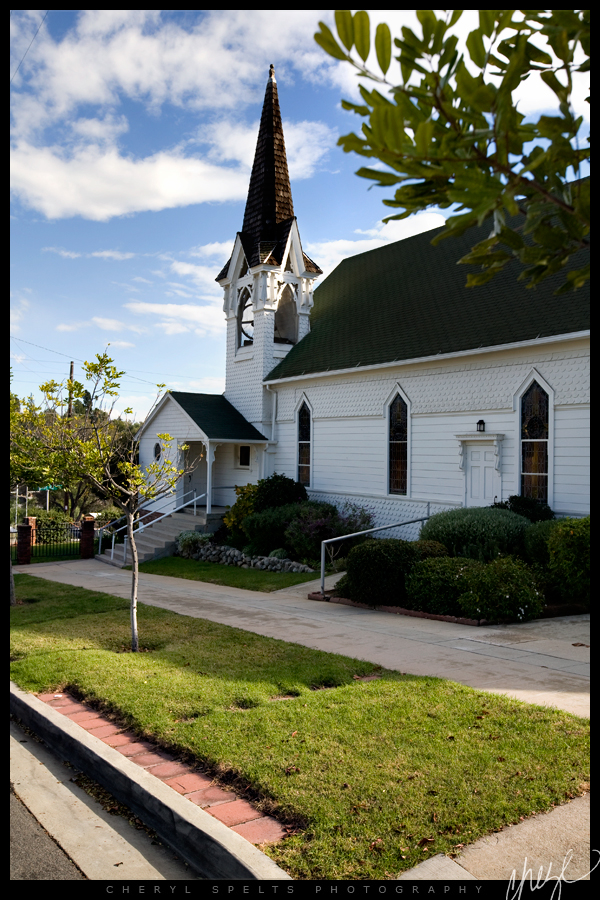 Fallbrook has some authentic Victorian architecture – the town was founded in 1885. My studio is in a home constructed about that time and there are other houses around town from the same era. And there are even more buildings with Victorian flourishes that were added later – it was the thing to do in Fallbrook during the 100-year anniversery, in the 1980’s!

But the First Christian Church is the real deal. Originally built as a Methodist church, it was constructed in 1887, and is considered Gothic-revival in style.

In 2004 I shot it for Fallbrook.org, and I shot it again yesterday – the bright blue skies and white clouds were the perfect compliment, I felt, to it’s pretty little steeple and fish scale siding and restrained use of stained glass. And I suspect I’ll shoot it again in the future.

The world could use a few more little white churches with soaring steeples.

I heard from the granddaughter of the Methodist preacher who originally built the church, and she shared the some more information about the church and her grandfather. His name was George Washington White, and he also helped found the town of Fallbrook, before being named the president of the University of Southern California, from 1895-1899. If you’ve ever seen USC it has the most beautiful vintage brick buildings – it’s the quintessential college campus – and in fact hundreds of TV shows have filmed on campus. So it doesn’t surprize me one bit to learn that the president of the university, during the same time period that many of those buildings were constructed, is the same man who helped give Fallbrook it’s most beautiful little church. Makes perfect sense!

One Reply to “First Christian Church in Fallbrook”