I commuted to Los Angeles, twice a week, for a full year while attending UCLA Extension’s Paralegal Training Program. It was 102 miles each way, and 204 miles roundtrip. So as a way to have a little fun, and to help document the year, I started to photograph an iconic building in Los Angeles that I passed on every trip into the city. I just held up my iPhone and clicked, without looking at what I was shooting – that was part of the fun – the randomness of what I was getting.

I didn’t edit the images, or even pay much attention to what I was capturing. I knew that it was unlikely the images would be very exciting if taken individually, but I thought they might be interesting, collectively. They show the passage of a full year–from June 2012 to June 2013–and you can see the change in seasons, the effect of daylight savings time, and when my own personal schedule was more erratic, and I arrived earlier or later in the day. You can even tell when my wind sheild was clean, and when it wasn’t! And the curvy wavy wackiness? That’s the result of a longish exposure, and camera movement during the exposure. It’s a little side-benefit of a very old iPhone, and I was definitely in favor of it!

Is it interesting? I think so. Is it too long? I went from hundreds of images shot over the course of the year to just these 30, but should I have edited it down further? Maybe. But for me, it’s a visual reminder of a very long year, with a very long commute… 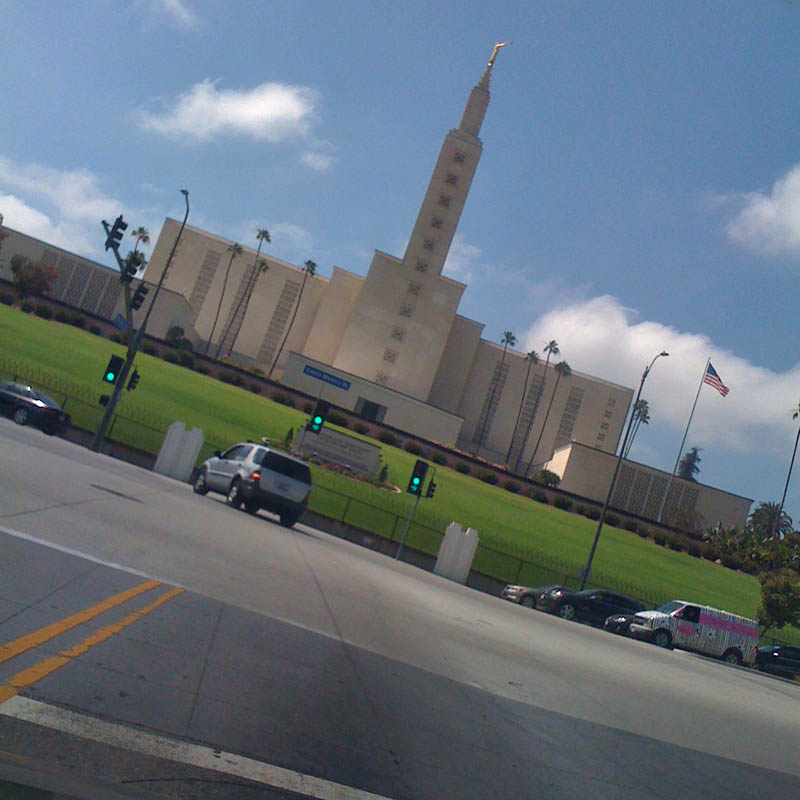 One final interesting note? I knew this was the Morman Temple in Los Angeles, but I had no connection to it prior to starting this project. It was just an interesting building that I passed on my way to UCLA – so it was a bit of a random choice, selected only because it was convenient. But during the year one of my cousins got married – at this very temple – and I watched her emerge with her new husband, from the side doors, after the ceremony. Kind of an interesting coincidence!