I thought it might be fun to wrap up 2009 with a couple of lists of my favorite things! So here goes…

My 5 favorite songs of 2009
Based on number of plays in iTunes….

My favorite blog posts by other people in 2009
A very long list….

And finally, my 5 favorite photos of 2009
Based on how I feel today, it could and probably will change tomorrow… 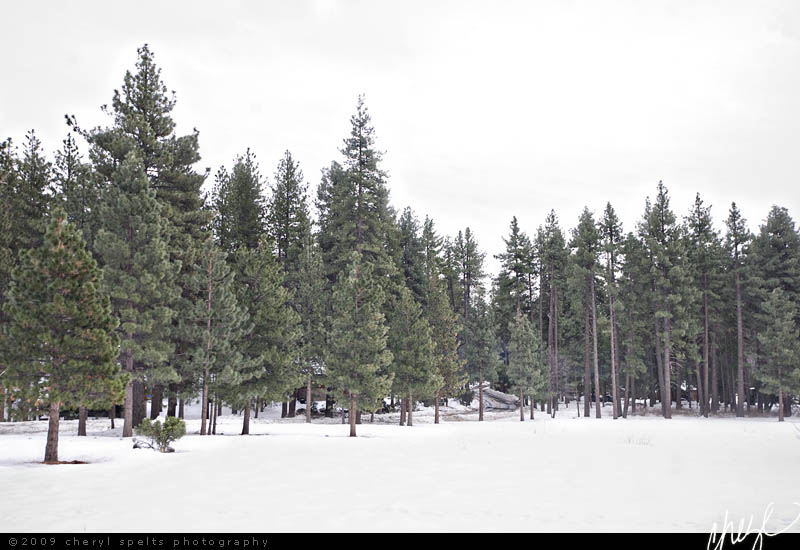 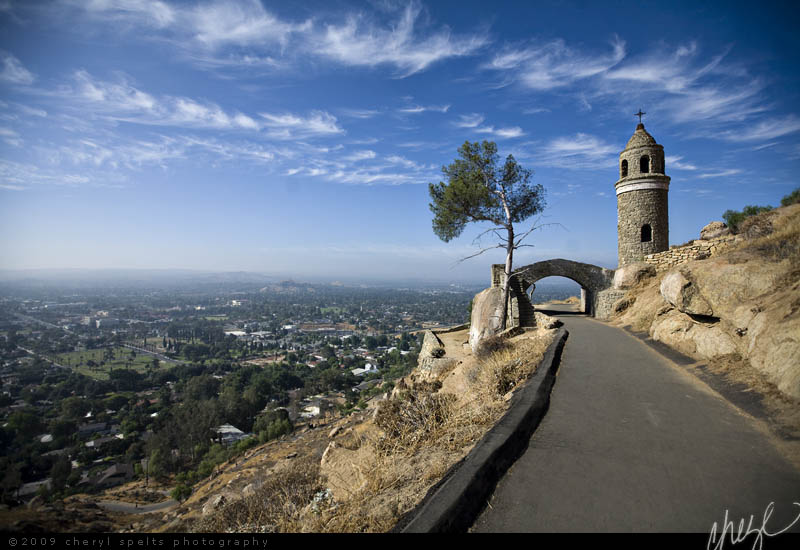 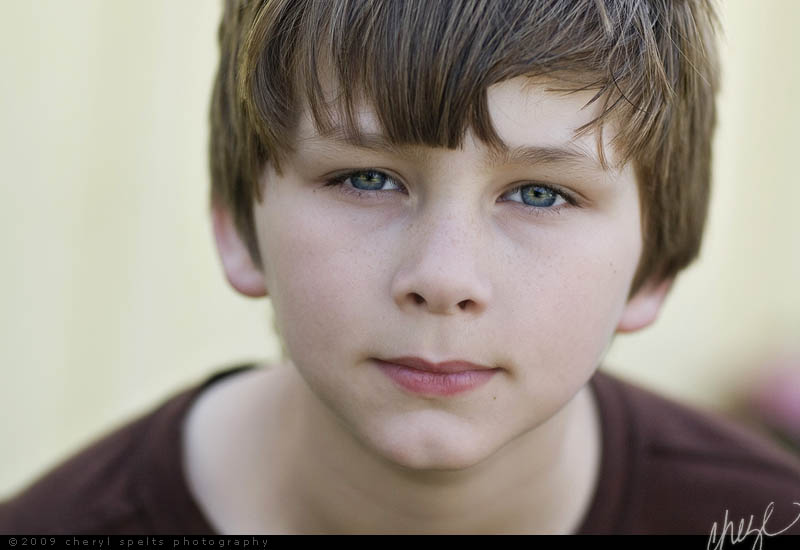 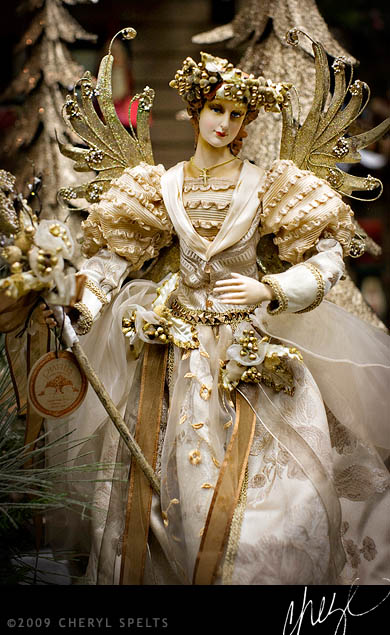 Hope everyone is having a joy filled Christmas! With loads of homemade cookies, a Christmas ham with all the trimmings, and maybe a candy cane or two…

See you next year! 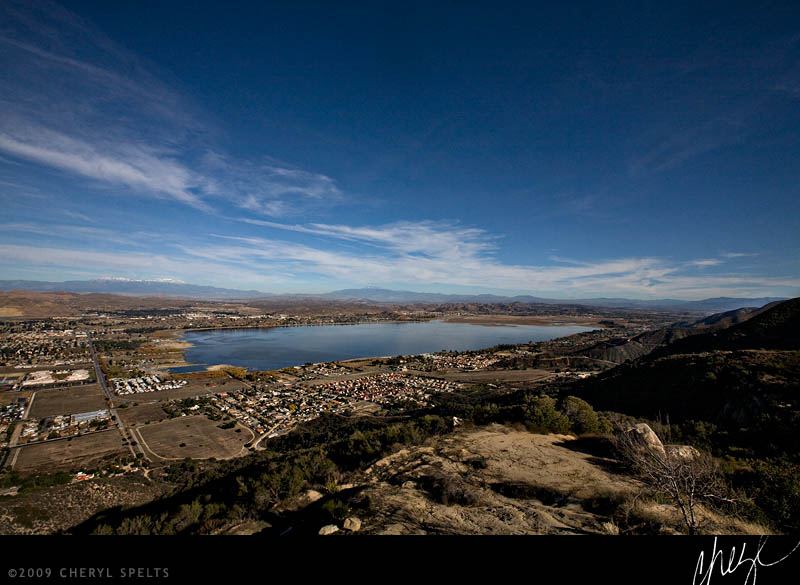 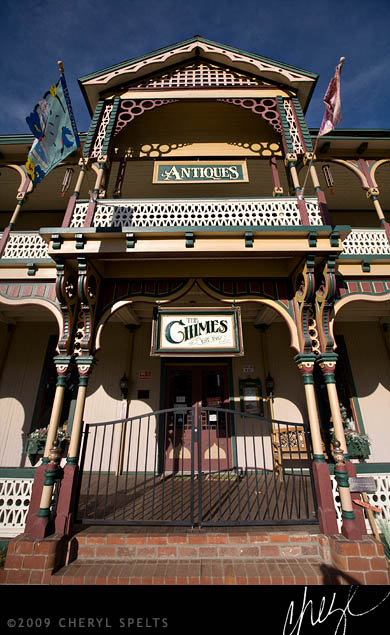 I’m a fifth generation Californian on one side of my family, and a fourth generation on the other side – and I grew up in San Diego County – but there’s still a lot of Southern California that I’ve never seen – like Lake Elsinore!

I’d always heard negative things about Lake Elsinore – over the years I’d heard that the lake was drying up, that it was polluted, that the fish were all dying and floating on the surface of the lake, that the population was made up of drug dealers and gang-bangers, and finally that the city itself was really ugly and should be bulldozed. Well guess what? All the rumors were WRONG!

I needed to get from Riverside to Orange County a couple of months ago, and Google Maps suggested the Ortega Highway – which sounded great with me! It’s this little two lane highway through the mountains – meaning you get to skip the freeway, and it’s much quicker, and it’s beautiful – lots of oak trees up there!

It was a Sunday morning, and I was looking forward to the drive, but the biggest surprise was when I got to Lake Elsinore and spotted Main Street – vintage buildings, most from the 1920’s and one really special big Victorian building on a side street, with spires on top. I didn’t have time to stop and explore then, but I was thoroughly intrigued! So when I got home, I Googled! Turns out Lake Elsinore is a lot more interesting that I was led to believe!

The big Victorian building with the spires on top is actually a local landmark – it’s the old Crescent Bath House – there are hot springs all over Riverside County, and the town of Elsinore sprang up 1883, because it was the location of one of those springs. 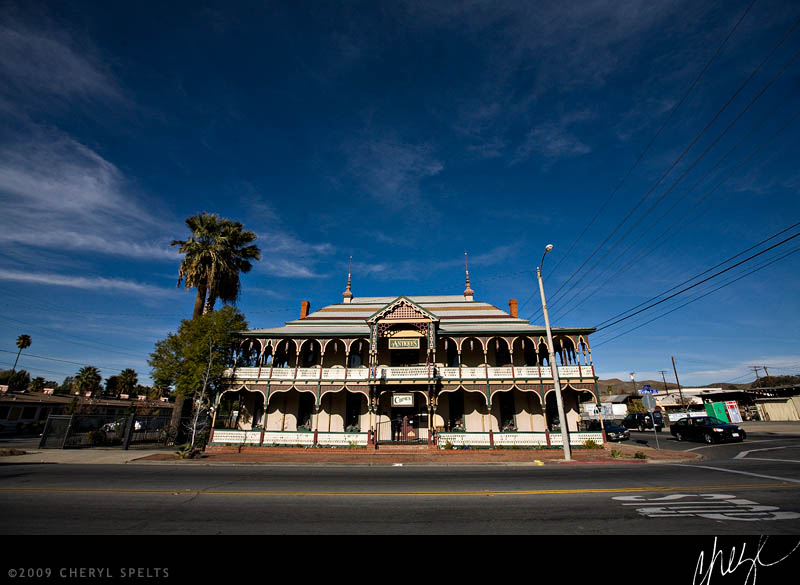 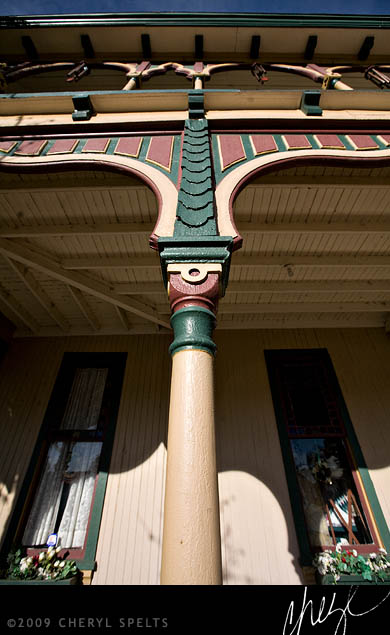 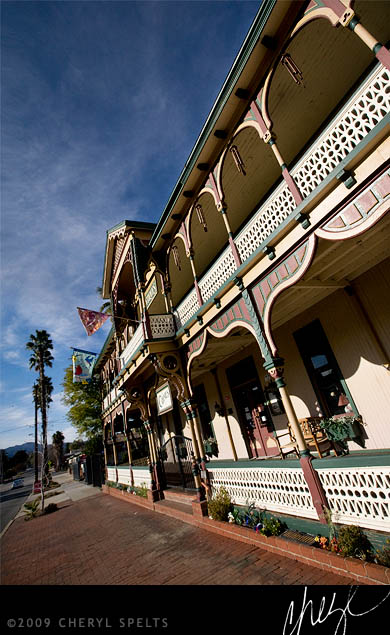 The Bath House was built in 1887, and enough of it remains as originally built, to get a pretty good idea of what it was like 122 years ago. It’s really fun to see! There are a series of small rooms, each with a small rectangular pool – totally unlike anything I’ve ever seen before. Most of the pools are covered over now, but one remains in fairly original condition, and you can peak in and imagine what it must have been like to bathe there, in the naturally heated 132° mineral water. Must have been great! And maybe it can be great again? The building is for sale, so maybe someone with some vision will buy it and open a really upscale yet vintage day spa, with natural mineral baths! 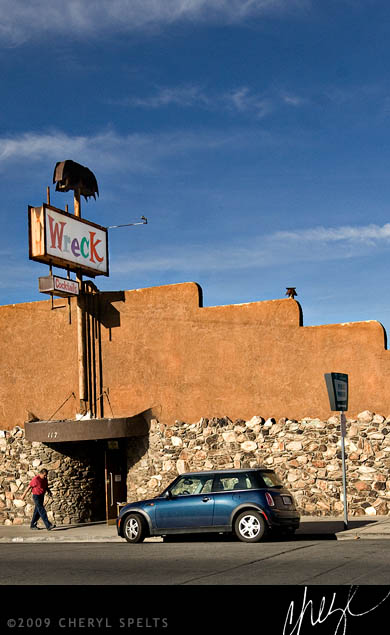 Other interesting facts about Lake Elsinore? It was originally named after the Danish city of Elsinore in Shakespeare’s Hamlet – the name was officially changed to Lake Elsinore only recently. The lake did actually go dry for most of the 1930’s and the 1950’s, and there was massive flooding in the 1980’s, but they monitor it now, to keep the water level constant. At one time it was a weekend getaway spot for Hollywood celebrities and one very famous evangelist – Aimee Semple McPherson – who built a castle up on one of the hills overlooking the lake.

And now? Well there are some nice restaurants downtown, a couple of clothing shops, a few antique shops, and a variety of businesses you’d find on any Main Street – a locksmith, real estate office, an accountant, a florist, and an ice cream shop – totally Main Street, America!

Oh, and there are a few dive bars around town – part of the charm of any place that gets tourists, is in the dive bars!

One final note… these images were shot yesterday, and yes the sky really was that blue and it really was that sunny and beautiful. Tomorrow may be the official start of winter and the shortest day of the year, but it’s been 80° and fabulously beautiful here all week! Couldn’t ask for anything better… 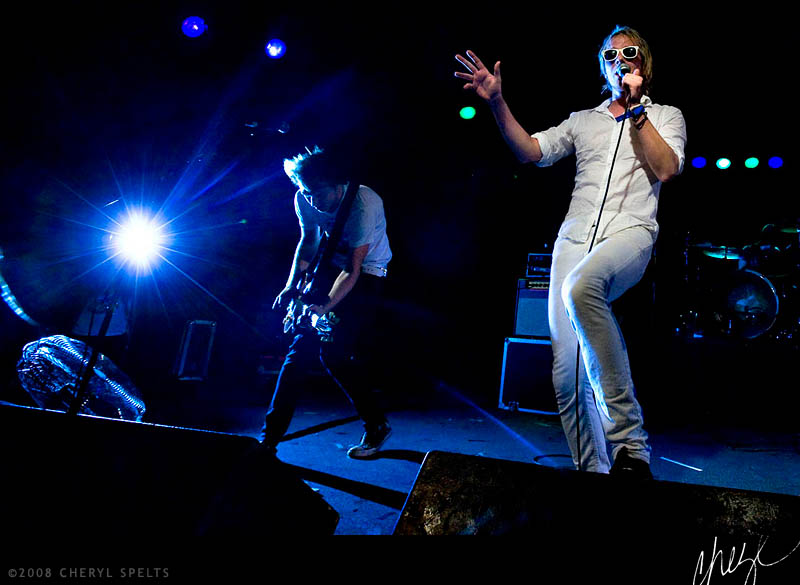 Back in September I did a session with Marty Casey in West Hollywood for his Silver Elements Collection – the fall line – and the images debuted on his site a few weeks ago, but I’ve never shared them here, so here’s a taste! 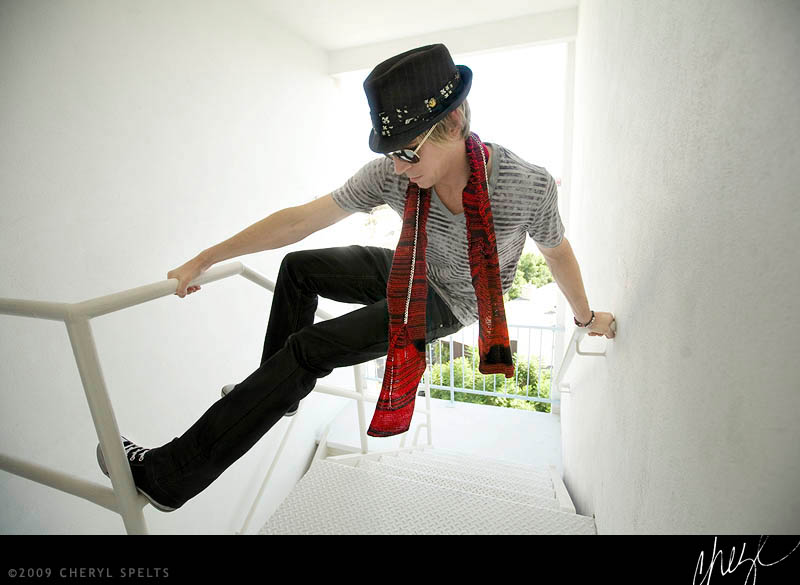 I love this scarf! It’s asymmetric and sort of intentionally frayed on one side, and has silver running through it – very very cool! And I love the shot as well – possibly my favorite image from the entire session… 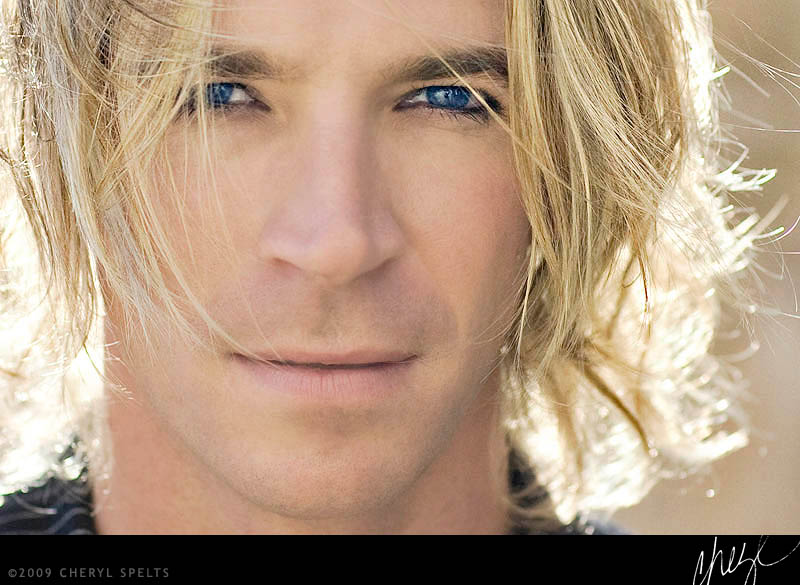 This image was actually from an earlier session – also for Silver Elements – but it just debuted last month, so I figured I’d share it now too, since I love it so much! There’s no jewelry in it – but it’s beautiful, so I can live with that!

There are a lot more images at SilverElementsCollection.com – you have to click on “more views” to get to see all the images – so a little extra work, but it’s worth doing! And if you’re in the holiday shopping mode, I’d definitely take a look – everything from the collection is really beautiful, and beautifully made, and distinctive – in other words, they make great gifts!

A few months ago I redesigned my main site – but I left the blog as it was – since I still liked the design, and it was working well. Why change what wasn’t broken?

But then I started to want some new features – like a list of my most popular posts – I’d seen that on other blogs and thought it was really cool and interesting. I want to know what’s most popular on other blogs, so why shouldn’t I showcase that on my own blog as well? And I really really really wanted comments to appear on my blog, right on that same page – I had begun to hate that a user had to click and go to blogger.com in order to read what others had written. Those were my big two desires – a popular posts feature and embedded comments – but there were smaller desires as well, like wanting the flexibility of having both categories and tags, instead of just labels…

What that means is that if you subscribe to this blog, using the old feed, it will no longer be updated. I may only have 23 subscribers, but I don’t want to lose a single one because I didn’t leave a bread crumb trail!

So please, if you’re one of my 23 wonderful beautiful fabulous subscribers – please update my feed address to the following!
feed://cherylspelts.com/feed/

And if you’re not one of my beloved 23, feel free to feel the love and join up!

Edited on 12.20.2009 to add: I think I finally figured this out! The old blog feed is now redirecting to the new feed, so all is well again. Yay!