I used to love the Santa Ana Winds. It wasn’t so much that I liked the wind itself, but I loved getting a few days of really hot weather and bright blue skies in the middle of fall. Santa Anas cause the bluest, prettiest skies of the whole year. In Coastal Southern California, the beginning of summer is often overcast, so for me summer starts late, and I love it when summer seems to last well into fall. So yeah, Santas Anas were something to look forward too.

But in recent years when I hear the words Santa Ana my first thought is fire.

In 2004 I was forced out of my home for over a week, and the fire was so hot and furious that 100-year-old oak trees exploded from the intense heat. And the entire landscape was scorched – it looked like a blackened moonscape for miles and miles. And two months later, I moved. Before that I loved living out in the wilderness. I had a mother and baby Mountain Lion climb the tree by my front door. I saw foxes and raccoons. I saw a jack rabbit racing across the open field across the street once – have you ever seen a jack rabbit? It looked like a mini kangaroo! But my love for living in the wilderness changed after the fire. I was extremely lucky – people all around me lost their homes – and my home survived unscathed. But still, my feelings about living on the edge of civilization had changed. It was suddenly scary.

Since then I’ve lived in the center of Fallbrook, and I’ve recently moved into the very center of downtown. So I had to be safe now. Right? I mean, if a wildfire got to here, it would have had to have burned through thousands of other homes before it got here – so not likely, right?

But on Sunday night, when the wind started to blow, I was concerned. It’s not just about my home and my possessions, it’s about my town and all of San Diego county. On the TV news they were reporting fires in other parts of San Diego, including one just east of Escondido. None of the TV stations cover Fallbrook with any regularity – we’re just too far north of San Diego for them to know we exist, so I turned to the Internet and news sites and local bulletin boards. And there was activity. Lots of activity.

When there were reports of a fire in Fallbrook, just 2 miles from my home, I started packing my car. I’m a big advocate of having a list of what to pack in a situation like this. When an emergency hits, most people tend to make bad decisions. “Oh, I don’t need that photo album, I’ll just grab this one.” Or “Oh I don’t need enough clothes for a week – I’ll just grab some sweats.” But if you have a list, then you don’t have to think or make decisions. You don’t have to decide if Grandma’s china or your TV or the computer is more important – you’ll just follow the list! For me, after I get myself and my cat out, it’s about saving my art – which means my negatives and for more recent work, my digital files. Then next most important is getting the things I need to work – meaning cameras and computers. And then next comes the things I’d need to survive a week on vacation. If you can survive a week away from home, then you could survive forever. But if you can’t even brush your teeth or get dressed or have a pillow to sleep on, it’s hard. It’s hard if you’re evacuated for a week, or if you lose your home to the fire. Either way, you need to pack for a week. No matter what. Then next for me is sentimental things and the things that I love – my father’s baby book, old family photos, my antique sewing chest, and great-grandma’s gold thimble. If there’s something you can’t replace, that you love, and it would fit in your car, put it on your list! Don’t rely on your memory at the time – it’s tough to think of everything, when you only have a half-hour to pack and get out. And if you still have any room in your car after all that? Go grab your bedding and the rest of your clothes. If your house burns down and you have to go rent a new place to live, you’ll be grateful for the bedding, and replacing all your clothes would not be fun. So if you have room in your car, why not?

So I packed that night, and when the word came the next day that we under mandatory evacuation, I was ready to go. My family met here, since I was downtown, and I led a caravan of four cars through Deluz, to get to Temecula. At one point there was a car in front of us, and I could tell he’d never driven the road before – it’s a narrow little road through oak groves and there are a lot of sharp turns, so it wasn’t hard to figure out he didn’t know the road. And where it Y’s about nine miles out, I just knew he was going the wrong way, and I wanted to honk, because I knew! But I didn’t honk, because it’s silly to think I knew where he was going. How could I know? So I didn’t honk, I just kept going, and then a mile or so later, my mother started honking, and pulled over convinced that I’d taken a wrong turn, and I explained to her how often I take this road – it’s one of my favorites! And yeah, it’s a long way, but it’s absolutely beautiful and I knew exactly where we were. And while we were pulled over, a car came up behind us and just waited for us. And I wondered why they didn’t just pass us – until I realised it was the car that had taken the wrong turn! And he was waiting for us, probably because he figured we could lead him out. And then another car pulled up behind him and didn’t pass either. And I realised that people were just trying to get out of town, and they were taking roads they’d never taken before, and they didn’t have a clue where they were. It was a sobering thought – among many that day. Once we got to our destination, we heard on the news that the official evacuation route had been through Camp Pendleton, and that it had taken people four hours to get from Fallbrook to Oceanside – a trip that under normal conditions takes 20 minutes. So we seriously lucked out when we chose to go through Deluz. Before we started we tried to stop and get gas, but the line to get into the station was so long we gave up. And later we heard they ran out of gas. Can you imagine? Four hours in traffic to get to Oceanside, and no one could even buy gas. It just really proves to me that it pays to be prepared. I knew there was a chance we’d be evacuated the night before, and I got packed up then, and if I’d needed gas, I would have bought it then. But then again, I’ve lived though another fire…

We spent the next four days at my Mom’s house – she’s currently in the process of moving back to Fallbrook, so her house was half-empty, but it was a perfect place to stay while we were evacuated. And the day we got to come back home? Heaven! I’ve never been so happy to see my home!

And as for my thought that a wildfire would never reach my home in Fallbrook, because I was in the center of town, and it would have to burn through thousands of homes before it would ever get to mine, and that would never happen? Well I was wrong. I never realized how far embers can be blown. On the day I got back I saw a home in the center of town that burned. The garage was gone, and the burned shell of a car was all that remained. The embers flew for miles. I always thought of fire as a thing that surges forward in a line and burns everything in it’s path. And that was the case with the fire in 2004. But this fire was very different. I know that the main reason it was different was that Fallbrook was named the priority on the worst night – which meant we got more resources than the other fires around us. And it makes perfect sense when you realise how close the fire was to town, and how many houses were at risk, and how few roads out of town there are. But still with so many fires raging that night, it’s amazing that we were named the priority – but it saved our town. If you drive around in the burned areas, you can see where the firemen took a stand and stopped it. Fire doesn’t respect lines – it burns where it wants. But the firemen contained it, and diverted it away from structures. It’s a beautiful sight to see, when you start to realise why certain spots were spared. It wasn’t luck, it was hard work by the firemen.

We lost 200 structures. I say we, but as I sit here in my beautiful comfortable home, I realise that I got lucky once again. And my heart aches for those who lost their homes. 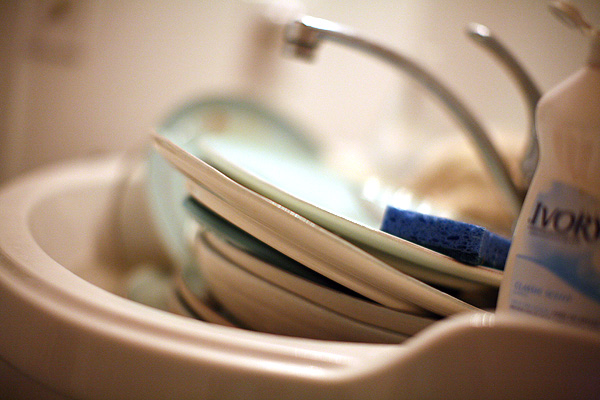 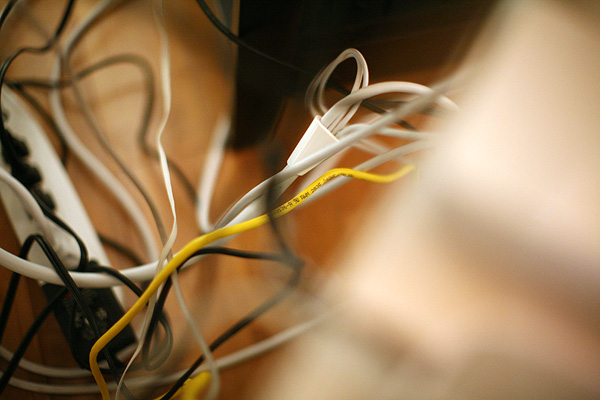 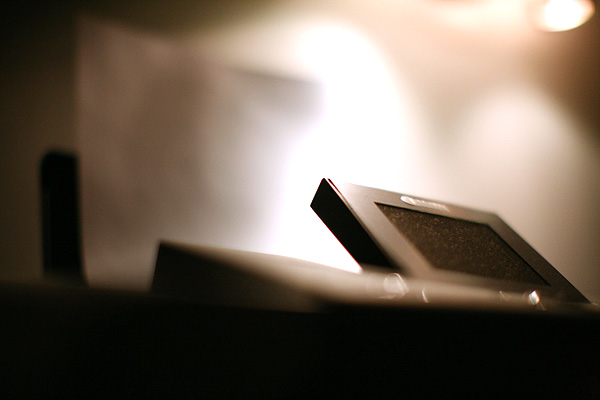 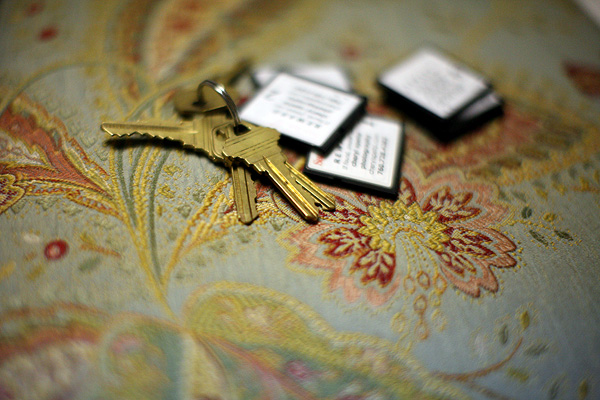 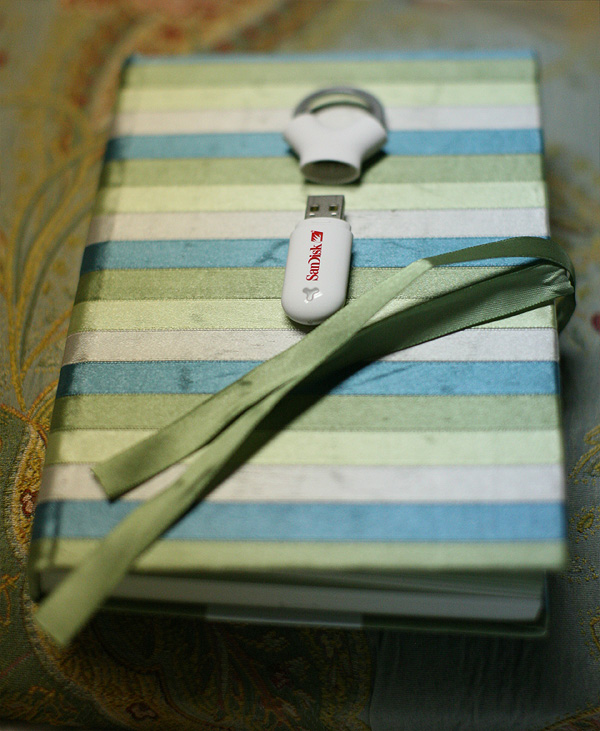 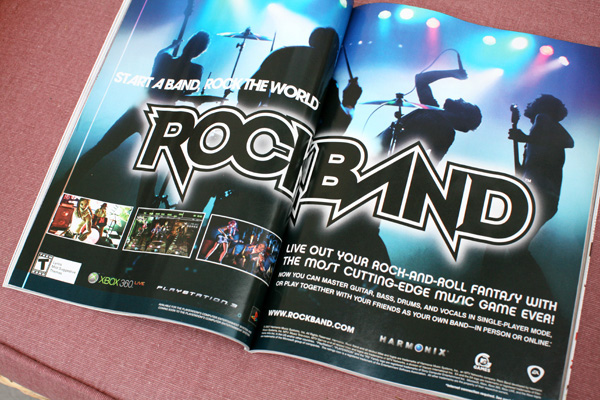 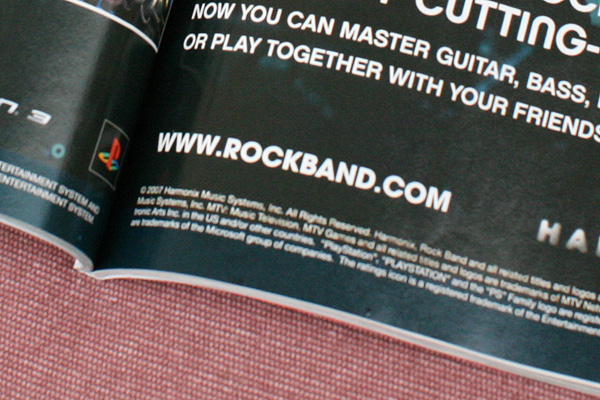 I got the opportunity to shoot Lukas Rossi at the Viper Room last night for ROCKBANDLOUNGE.COM, and it was such a great show!

Lukas is sounding better than ever. His voice has always been extremely expressive, but I think some of that got lost on TV. But live, on his own, with just a guitar and one other musician onstage, you really get the best of Lukas. It was a very memorable night! 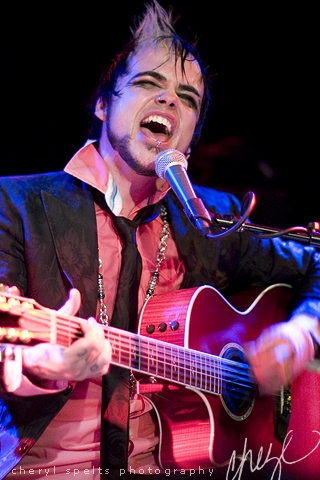 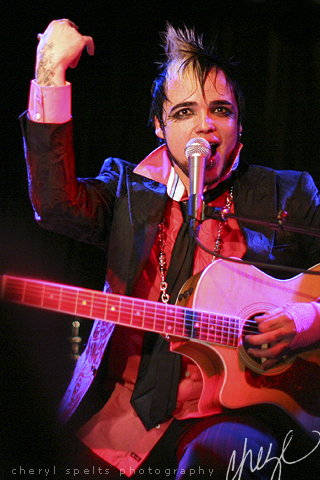 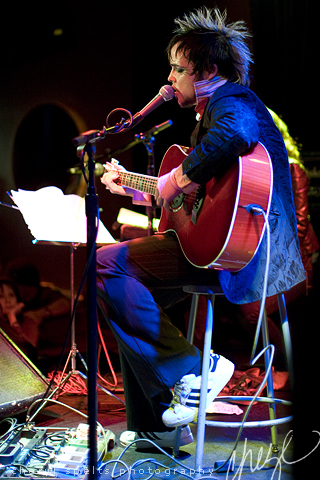 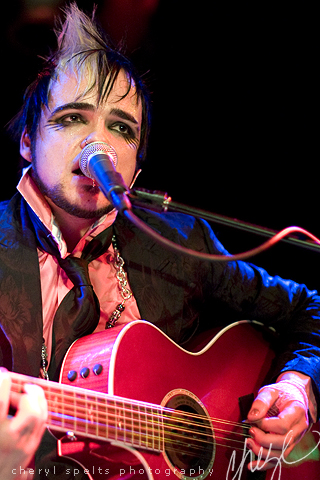 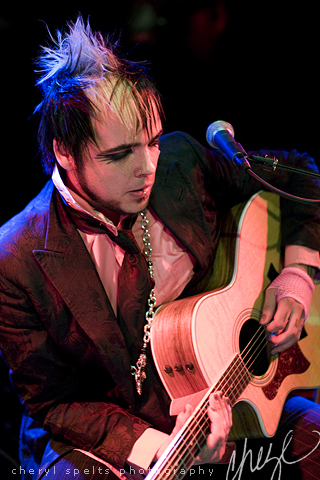 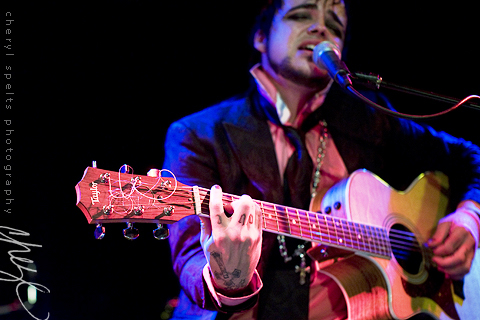 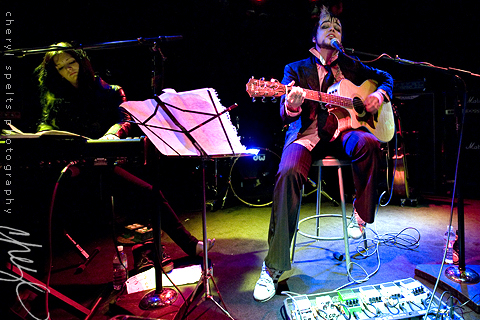 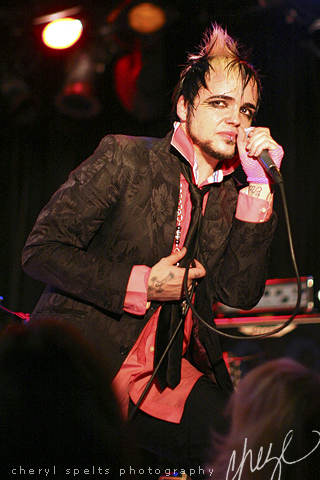 Discuss this Photo Essay at ROCKBANDLOUNGE.COM