Sometimes it’s more interesting to shoot after the sun goes down. The whole world looks very different at that time of day. The first image was created about an hour after sunset – it was 8PM, but the sky still had some lightness to it, and with a long enough exposure it almost looks like daylight. The wisteria was in bloom, and while it’s magnificent in color, somehow I like it even better in B&W at night.

The next one was right at midnight, in downtown Fallbrook. Notice the car lights streaking by, behind the blooming tree. The exposure was only about 15 seconds, but several cars and trucks crossed through the frame during that time. 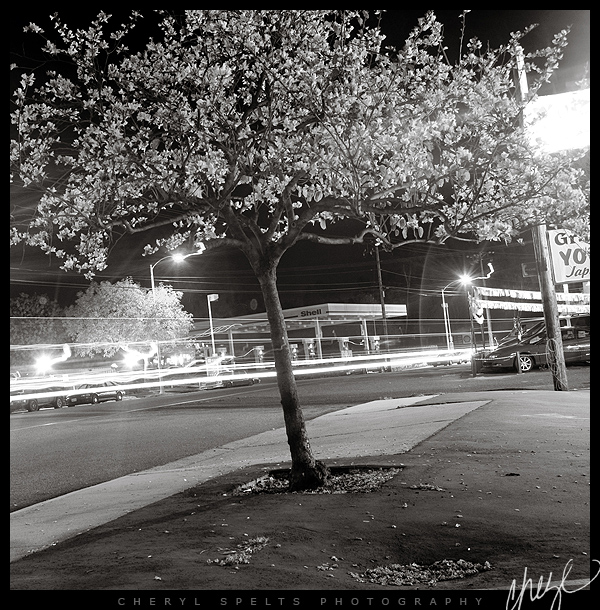 The final image was shot at the old fruit packing plant, right after midnight. I’ve shot this building before – most notably for a CD cover for a local band. It’s been a charming eyesore for over a decade, but they recently began the big renovation to turn it into a trendy restaurant and office and retail space. If I was planning to stay in Fallbrook I’d be tempted to look into opening a studio there. It’s a great location, and the plans indicate it’s going to be a fabulous space once it’s done! 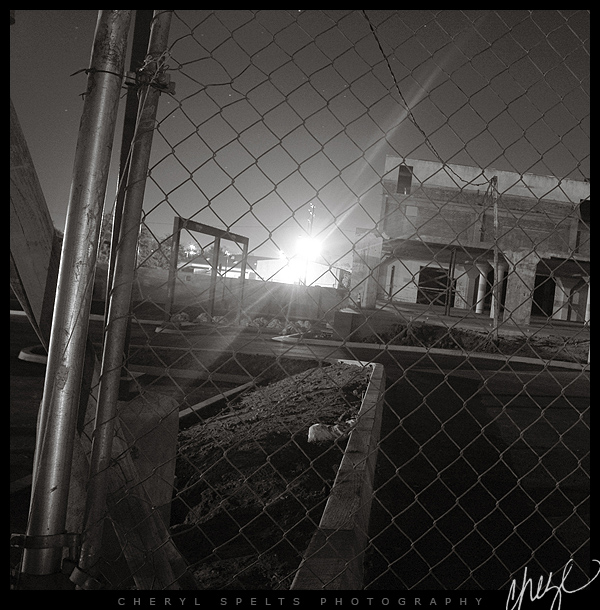